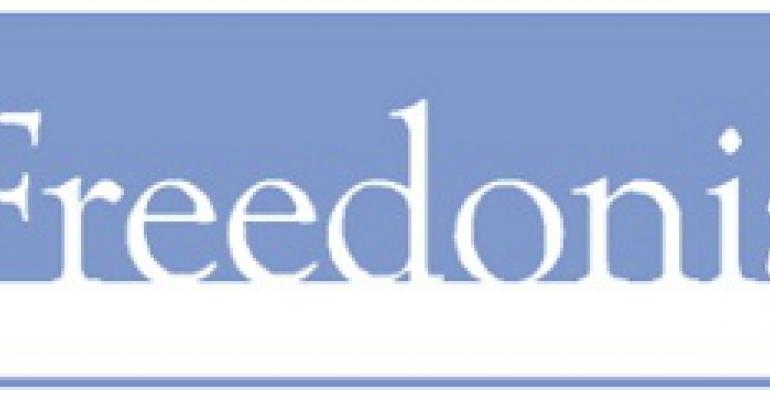 Demand for plastic film in the US is projected to grow 1.8 percent annually to 15.9 billion pounds in 2016. Advances will reflect the performance and source reduction advantages of plastic film over other packaging materials and opportunities in film products such as pouches for drugs and medical products, and in modified atmosphere packaging for food.

Demand will also benefit from film's use in manufacturing, shipping, and building construction. Linear low density polyethylene (LLDPE) will remain the leading film, accounting for almost one-half of the total in 2016. Among the low volume films, degradable plastics will exhibit the fastest growth, followed by cellophane and ethylene vinyl alcohol.

Average film prices saw increases between 2001 and 2011, precipitated by escalating raw material and energy costs; however, price increases will be more moderate going forward due to the availability of lower priced natural gas for feedstocks and energy.

These and other trends are presented in Plastic Film, a new study from The Freedonia Group, Inc., a Cleveland-based industry market research firm.

Demand for LLDPE film is forecast to increase 2.1 percent yearly to 7.5 billion pounds in 2016. This will result from the film's versatility and from opportunities in areas such as produce and snack packaging, stretch and shrink wrap, and trash bags.

Consumption of low-density polyethylene film will rebound from the declines of the 2001-2011 period, benefiting from opportunities in shrink wrap, shipping sacks, and nonwoven disposables. High density polyethylene film demand will grow at a below average pace as a result of slow retail bag advances. Polypropylene film demand will expand 2.2 percent annually to 1.6 billion pounds in 2016, driven by produce, grain mill, dairy product, and other food packaging applications.

Polyethylene terephthalate (PET) film demand will increase at a below-average rate. Good opportunities are anticipated for PET film in food packaging applications such as snack foods, confections, and frozen food, due to the need for higher barrier properties. However, this will be offset as remaining applications in photographic film and magnetic tape are lost to digital technologies.

Polyvinyl chloride film demand will decline, with losses engendered by a slight drop in red meat consumption, consumer health and environmental concerns regarding PVC and plasticizer migration, and competition from polyethylene and polypropylene films.