Use of plastic closures grows steadily in Asia 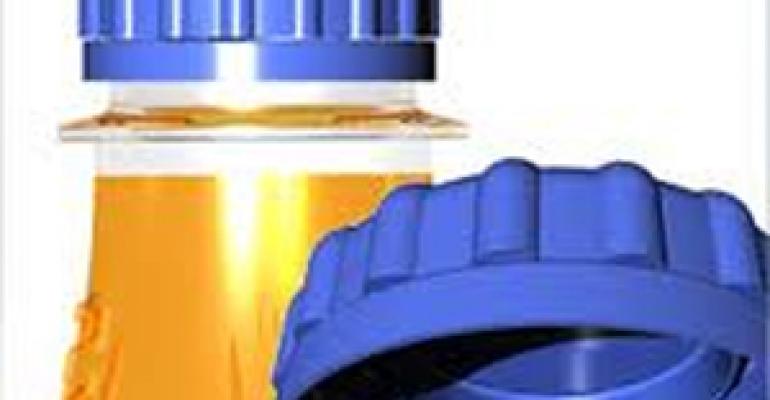 In spite of the economic slowdown in many markets over the last 2 years, beverage closure demand has continued to grow strongly, driven partly by the sustained shift towards pre-packaged beverage consumption in many developing markets and partly by the continuing growth in popularity of the plastic ‘bottle plus cap' format - especially PET bottles in smaller ‘on-the-go' sizes.

Understandably perhaps in the more austere commercial climate, the overwhelming theme has been improved efficiency and cost/weight reduction, linked to growing environmental awareness and marketing focused on more efficient use of increasingly scarce and expensive resources.

This does not mean that the market has lacked innovation however. Rising use of sports caps, dosing caps and similar ‘added value' features is testament to the fact that the underlying demographic changes that are driving demand for greater convenience in closure design remain in place; it means that these ‘added value' technical and performance features now need to be achieved at similar or lower price and reduced closure weight, creating ever more pressure on beverage closures manufacturers to come up with creative solutions.

Looking at the global beverage closures market in detail, total demand across the soft drinks, dairy drinks and beer markets under review amounted to around 1055 billion closures in 2010. Of this, ring-pull can ends (which unusually for this study are treated as closures) accounted for 24 percent or about 250 billion closures, plastic closures took a 42 percent share at 440 billion units and metal closures 31percent or 325 billion). All other beverage closures totalled a little below 40 billion, while there are still an estimated 210 billion beverage containers sold each year without dedicated closures (e.g. sachets and perforated cartons).

In the years between 2003 and 2010, plastic closures saw their volumes increase at around 6.5 percent per annum, a combination of rising beverage consumption (in the 2003-2008 particularly), more beverages being sold in plastic bottles and the conversion from other closures to plastic. Since 2008 the growth rate of plastic closures has dropped but remained positive and they are still forecast to remain fairly robust in the years to 2015. Metal closure usage on the other hand is only expected to increase by a single percentage in coming years to maintain growth of 3 percent  and 4 percent throughout the period to 2015.

On a regional basis, Asia already accounts for the largest share of total annual closure volumes at 36 percent, equivalent to around 375 billion units. Collectively, the Americas combine for just under 400 billion, Europe for around 250 billion, the rest of the world around one tenth of that.

Not only is Asia already the largest market for closure sales, but it is also the fastest growing, with the annual growth rate for the period 2003 to 2015 put at above 7 percent - double the global average. The mature markets of North America and West Europe have eked out growth, the former adding around 1percent per year to annual volumes, the latter only 0.2 percent to 2010, as demand, particularly for bottled water, has decelerated.

North America is expected to contract to the CAGR achieved in West Europe (0.2 percent), while a modest upturn in annual volume growth will be evident in West Europe, even if far from spectacular at 0.8 percent in the years to 2015. Latin America, Eastern Europe and the rest of the world will see solid growth in the region of 3 percent per year, but in each case this will represent a decline on average annual advances posted in the year to 2010.

Finally looking at end-use sectors, of the 1055 billion beverage closures sold in 2010, 58 percent were for soft drinks, 31percent for beer and just 11percent for dairy drinks. In each sector, a significant proportion of product is sold without a closure - in soft drinks and beer, on-trade dispense plays an important role and in dairy, sachets and the informal milk are prominent in the developing world.

In terms of closures demand, each sector has exhibited positive overall growth in the period 2003 to 2010 and is expected to continue to do so going forward, beer at the same rate, a CAGR of 2.7 percent, dairy at a slightly reduced average - 4.1percent per year against 4.7percent in the years to 2010 - and soft drinks at a slightly enhanced rate - 4.1percent against 3.9 percent. While it is difficult to generalise at the macro level because of regional and even national distinctions, for each sector the factors underpinning these trends are different. In milk, a conversion of pouch to carton and plastic bottle has an impact in creating a shift to larger sizes, in soft drinks a continuing desire for greater convenience will see more smaller packs appear, whilst in beer the bottle and can size expectations are well understood by consumers - 330ml, 500ml, 660ml being the most common - and changes to closure demand may be more associated with conversion between pack types than changes in the pack sizes offered to consumers.

"Innovation in Beverage Closures, 2011" is a special-interest report published by Canadean which provides a summary of global market trends and developments in the beverage closures as well as a review of recent new product development and innovations in beverage closure design within the global beer, dairy and
soft drink markets. The report is an update of Canadean's 2008 study, focusing particularly upon developments over the last 2 years.For further details on this report, please contact Frances Hicks on tel: +44 1256 394 251 or Dominic Cakebread on +44 1256 394 269.