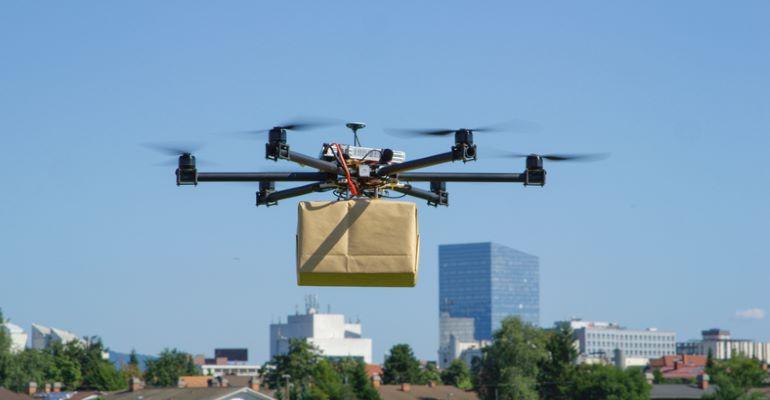 While drones have been around a long time, over the past decade the technology has seen a surge in popularity as a tool for surveillance and mapping purposes, and in some cases become a toy for hobbyists. The use of drones to deliver goods such as food and medicines has also seen growth, but as a panel at CES discussed recently, it will be a long time until unmanned aerial aircraft deliveries become anywhere as ubiquitous as Amazon delivery trucks.

Understandably, the main concern is safety. Abgail Smith, Deputy Executive Director of FAA UAS Integration Office, explained that there is an FAA regulation that enables drone operators to use the airspace as long as they avoid other craft and the drone remains within the line of sight. Operators wishing fly their craft outside that line of sight would need to present their safety case to the FAA.

“We put operators through a lot of rigor to ensure safety,” Smith said. “This is a labor-intensive process.”

While those regulations may draw the ire of some ambitious people looking to leverage airspace for commerce, that is not the case for co-panelist Beth Flippo, CEO of Drone Express, whose company delivers for clients such as Krogers and Papa Johns. Safety compliance was of utmost concern with her.

“We went to the FAA and applied for airworthiness certification─the same airworthiness that commercial aircraft go through. We have taken apart our drones to let the FAA examine and they have suggested modifications.”

Walmart does the bulk of its shipments via ground transport, but the retailing giant also has a last-mile drone delivery program, according to Philip Wallace, Walmart’s Director of Federal Government Affairs. The drone delivery program is available at 37 sites and made over 6,000 deliveries last year, Wallace noted.

“Customers are using drones for convenience. Our typical delivery time is 30 minutes,” he said. “We have over 4,700 stores that would like to expand this program.”

Airspace regulations tend to be less rigorous than in the U.S in many overseas regions, such as Africa, where drone operator Zipline recently expanded its operations. Last year, Zipline obtained Part 135 certification from the FAA to deliver medical supplies over long distances through the U.S airspace.

“We recently conducted drone delivery of blood supplies in Rwanda, which resulted in less waste,” said Harrison Wolf, Zipline’s Director of Global Aviation Policy. Wolf added that the challenge with drone deliveries is getting the customers to accept the operational experience. “We understand concerns about drones flying over our heads. We have to prove society wants us to be there.”

Operating Beyond Visual Line of Sight

The FAA’s Abgail Smith acknowledges that regulations will need to be drawn up to enable drones to safely operate beyond a visual line of sight. Doing so would most likely require adding more sensors and cameras to the drones, but there would add weight and cost to the drones, noted Drone Express’ Beth Flippo.

Flippo and the other panelists agreed that coordinated efforts would be need to develop a framework of guidelines and regulations that would govern all types of aircraft flying through an airspace.

For now, drone operators rely on waivers, or special permissions, to conduct drone missions in lieu of more permanent regulations.

“Waivers are not are a replacement for permanent policies,” conceded Walmart’s Philip Wallace. “However, these waivers now require thoughtful analysis before being granted.”

While there are challenges trying to set up guidelines for regulations for drone delivery, panelists felt the future was bright and this concept will gain acceptance as the public sees benefits.

FAA’s Abgail Smith is optimistic. “Many companies are doing good things in the drone area. We have been able to find additional benefits from using drones, such as fewer cars and pedestrians on the road trying to pick up items from stores. Fewer cars also improve the environmental footprint.”

Spencer Chin is a Senior Editor for Design News covering the electronics beat. He has many years of experience covering developments in components, semiconductors, subsystems, power, and other facets of electronics from both a business/supply-chain and technology perspective. He can be reached at [email protected]