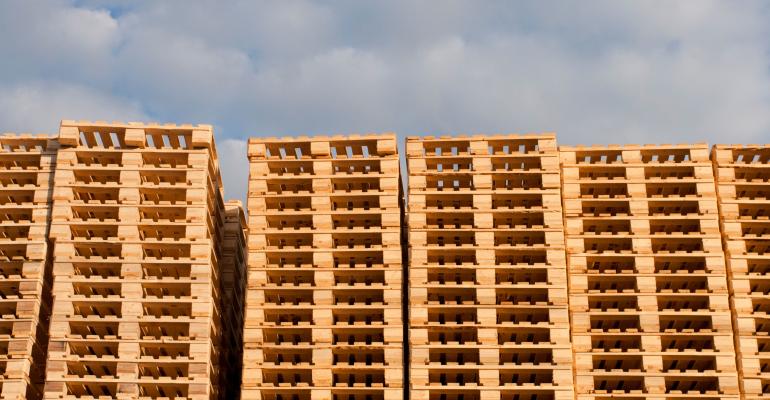 Supply chain disruptions are expected to impact European markets as significant portions of their pallets and other packaging are made from Ukrainian softwoods.

The conflict in Ukraine is expected to cause significant pressure in the coming weeks on the supply of wood used for pallets and packaging, according to The European Federation of Wooden Pallet & Packaging Manufacturers (FEFPEB). In 2021, Ukraine produced and exported an estimated 15 million pallets, mainly to Europe.

FEFPEB explained in a press release: “The severe slowdown in the Ukrainian economy and stop in production will have serious direct impacts on countries such as Hungary, Italy, and Germany — the three most prolific softwood importers from Ukraine; and also an indirect impact across Europe by unbalancing the market and increasing competition for more limited wood supplies and putting upwards pressure on prices.”

Compounding the problem are trade sanctions against Russia and Belarus — also significant exporters of softwood into the European Union. FEFPEB says some countries source up to 25% of the timber used for pallets and packaging from these three countries: Ukraine, Russia, and Belarus. And the typical alternative sources of softwood — Scandinavia, Germany, and the Baltic States — can only supply a small portion of the shortfall.

This latest crisis adds existing pressures to the ongoing global supply concerns and labor shortages exacerbated by the COVID-19 pandemic.