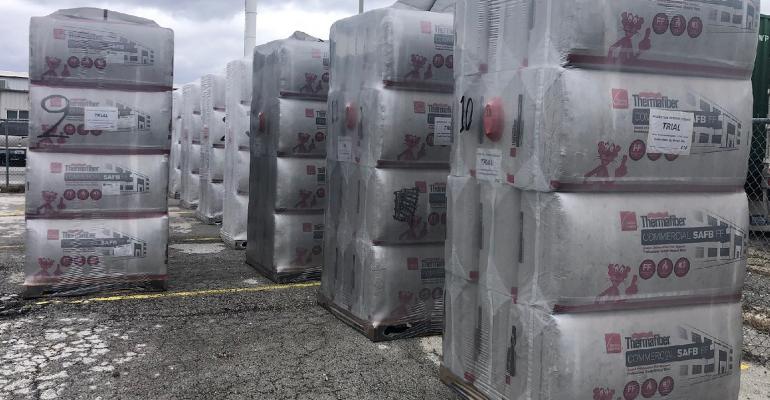 When selling protection, it stands to reason that the product itself better be well protected. For global insulation leader and innovator Owens Corning, the brand and product integrity of its Thermafiber Mineral Wool required research and rigorous testing to figure out the best solution to meet the outdoor-storage needs of an insulation solution quickly gaining traction in North America.

Thermafiber is one of the world’s most specified mineral wool brands. In wide and productive use for more than four decades in the European Union, Russia, and Asia-Pacific, the material is an alternative to traditional fiberglass insulation. Its enhanced fire protection control has led to its use across a range of important commercial development projects, most notably One World Trade Center in New York; Goodyear World Headquarters in Akron, Ohio; and the Bullitt Center in Seattle.

Commonly referred to as mineral wool or rock wool, Thermafiber’s strength, fire-protection abilities, and ecologically-friendly profile stem from how it’s made and from what it’s made: basalt and recycled slag, a by-product of the steel-making process that otherwise would be landfill-bound.

As Owens Corning was seeking to more widely produce, store, and distribute Thermafiber in the United States, it found that this exceptional material was hampered due to the commodity plastic film in which it was wrapped. Water and moisture were degrading the product’s integrity, leading to a host of undesired impacts at construction sites, namely material that required “drying out” before its installation. Warehouse and storage space in the United States is at a premium; the necessity of outside storage required a new film solution.

“Overseas they used hooder film applications to wrap the material, so we did the same here, and what we saw was that moisture would seep down the inside of the hood and then inside the individual packs,” says Doug Compton, CPP, packaging development leader, Advanced Manufacturing, Owens Corning Science & Technology. “For a porous product made of an inert earth mineral, we didn’t want our customers to say, ‘Hold on, this doesn’t feel like our regular product.’”

Compton anticipated that this may be an issue and began researching products that would control moisture. As a long-standing member of the Institute of Packaging Professionals (IoPP), he was able to leverage its services and networking to learn from other experts, including packaging engineers from the US Army, who had lots of experience in dealing with moisture control issues.

This due diligence eventually led him to discover Xeros-branded film sold by Signode, the multi-billion dollar transit packaging company supplying equipment, material, and automation solutions across the globe.

Noting that he was using a hooder from a different manufacturer, Compton was intrigued by the Xeros film’s promise of protecting loads from outdoor elements while reducing moisture. The patented Xeros film offers 10-sided (five outside surfaces + five inside surfaces) waterproof protection and claims that it enables manufacturers to store loads outdoors or ship on flatbed trucks without fear of product damage.

For the 20-year-plus industry veteran, with stints at IBM and Scotts Miracle-Gro, it would become an issue of test and verify (and test again) spanning nearly two years. The first study, at a hooder manufacturer lab, involved on-site testing for more than three months of Xeros film against a commodity grade material.

“We hooded two identical products, set them side by side, and came back three months later,” says Compton. “I stood in front of the trial pallets and saw that one had a significant amount of moisture under the hood film, and the other looked fairly dry. I realized something positive was happening and was worth further investigation.” 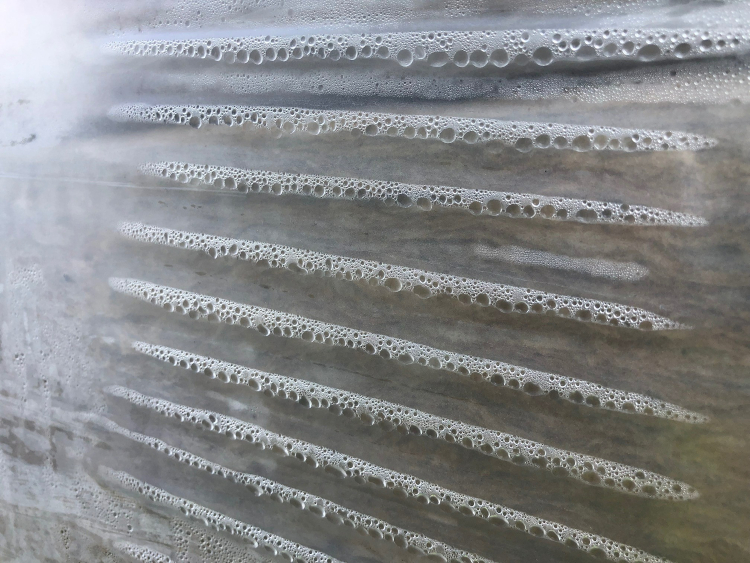 “We designed the experiment, established new protocols, and worked together to collect the data. It was a true team approach working with the Joplin plant that allowed us to accurately collect and assess this important data,” says Compton.

After several rounds of direct testing against additional competitive materials of similar thickness and dimension, Compton further discovered that the commodity films were still more visibly moist when compared to Xeros film, with an average of 20% less RH under the Xeros film.

“It outperformed everything it was up against,” remarks Compton. 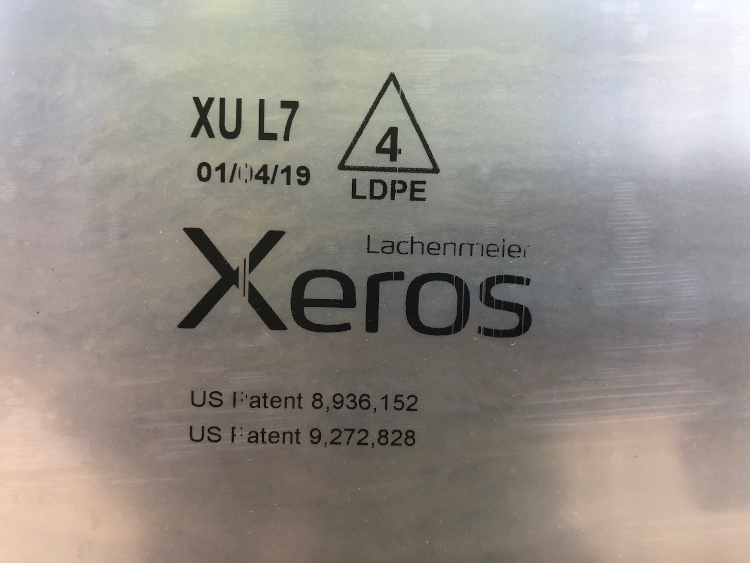 Pallets unitized with the moisture-control film were visibly drier.

“We worked with Signode technicians to customize new dimensions and thickness — so we’re planning on changing over our entire hooder film inventory to their Xeros moisture control film,” says Compton. “We hope to have better results with storing products outside by leveraging this advanced technology.”

“This is a great example of searching for something new,” he says. “With a relatively newer technology, I wanted to prove that it wasn’t just smoke and mirrors — seeing it first hand, and getting the data, it was clear that Xeros film does a superior job of reducing moisture.”

With moisture issues less of a concern, Owens Corning can now focus more on penetrating the vast interior of the North American market with a superior insulation solution.