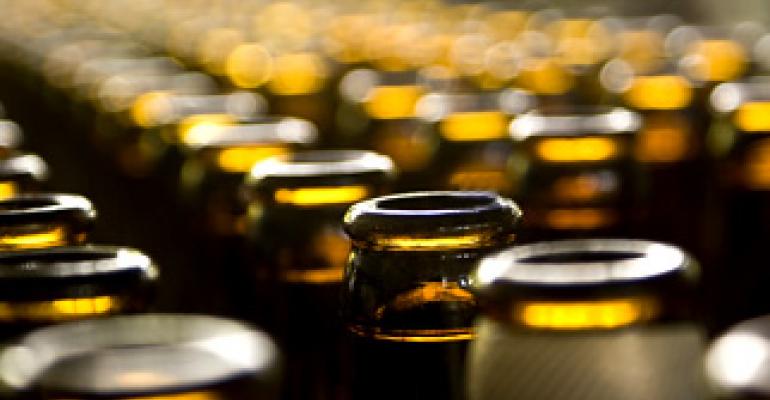 European production of glass packaging grew at a rate of 4 percent in 2007, according to industry group FEVE. In 2007, production in Europe amounted to more than 22 million tons which, in terms of demand for empty glass containers, represented 36 kg/capita up from 35 kg in 2006.

The organization says the figures show that the industry has stepped up production to meet increasing demand.  “This is a welcome sign and comes after a number of years of virtual stagnation,” said Dominique Tombeur, President of FEVE. “It sends an encouraging signal to the industry to keep investing in new furnaces and upgrades, new products and processes.”

Despite competition from other packaging materials, according to the data gathered by FEVE, Portugal and Turkey topped the league in increased glass container production with year on year growth of over 12 and 18 percent respectively. In volume terms, Germany still tops the chart producing over 4 million tons and accounts for just under 20 percent of total EU production of bottles, jars and “flacons” in 2007.  Close behind, come France and Italy with just over 3.5 million tons -- each reflecting the buoyant demand for inert packaging for luxury goods, food products, and wines.

In 2007, glass packaging production was widespread in the European Union, with manufacturing operations in 20 EU Member States.

FEVE is the association of European manufacturers of glass packaging containers and machine-made glass tableware. The association has some 60 corporate members employing 40,000 people and representing 60% of the glass production in Europe spread throughout 140 plants, including Switzerland and Turkey.