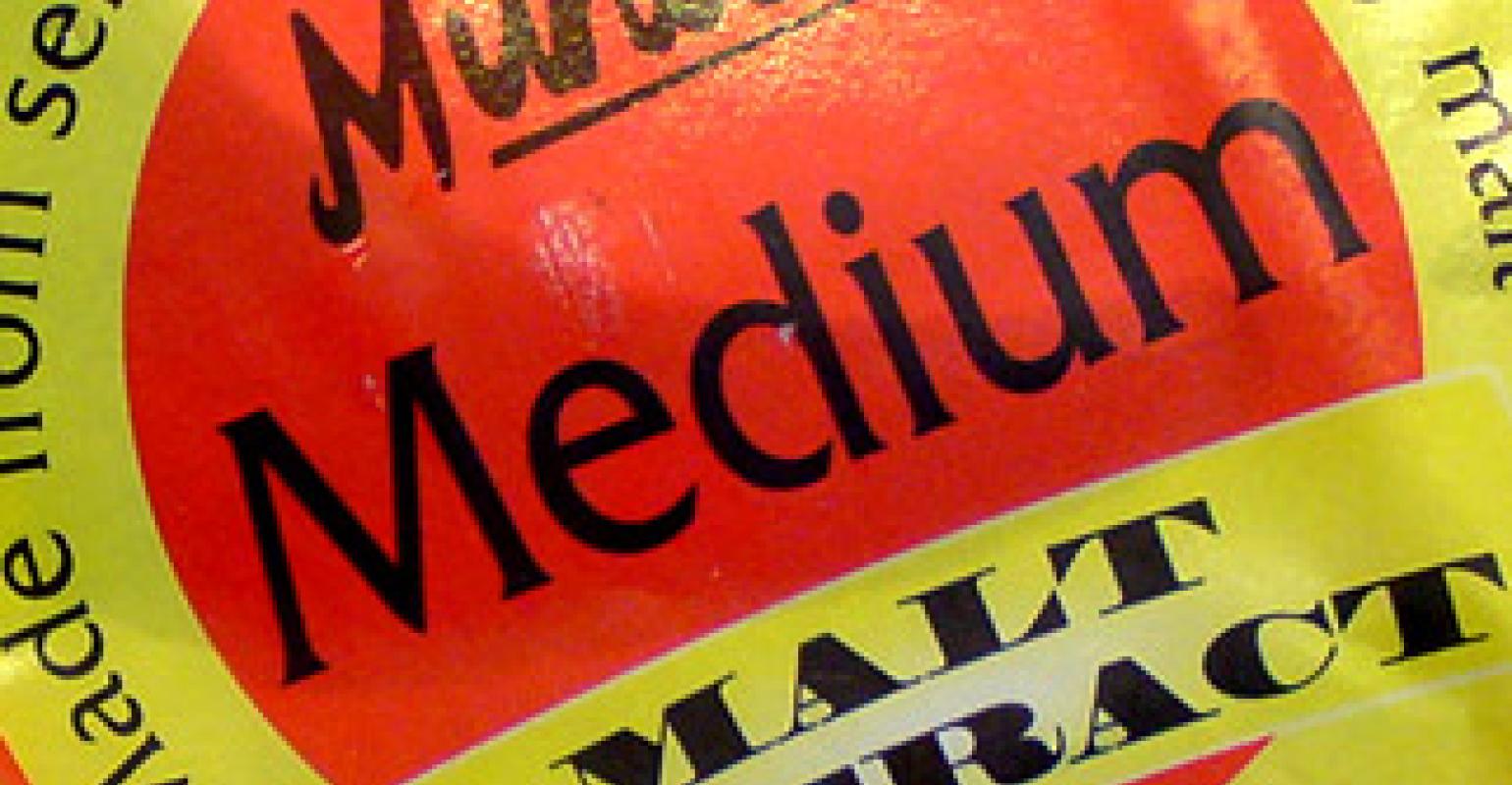 Muntons Malt, a division of Britain’s Muntons P.l.c., began manufacturing malt (fermented cereal grains that contain sugars) and liquid malt extracts in 1921 for brewing, distilling and food industries worldwide. The company currently sells more than 231,500 tons of malt annually and is one of the U.K.’s five major malt producers.

In producing dried malt, a vacuum band dryer converts liquid malt extracts into a coarse powder, which undergoes final granulation in a cone mill. Originally, the final granulation was fed from the cone mill into 1,764-lb tote bins that were then stored in a 200-bin capacity holding area until the product was bagged. A worker filled orders by moving a tote bin by fork lift to a mezzanine, where a second worker transferred the bin to a tipping unit, which unloaded the malt into a bagging machine. The empty totes were then cleaned to comply with Muntons’ strict hygiene standards. On the bagging line, another operator applied labels to empty 55-lb bags and fit each bag to the fill head on the bagging machine. The filled bags were sealed, palletized and shipped.

Downtime on the manual bagging line frequently led to backups on the tote-filling line, which disrupted product shipment to customers, raising operating costs and adversely affecting operating efficiency. The downtime also interrupted the operation of the band dryer, which would necessitate a costly and time-consuming washdown that would vastly increase wastewater treatment and water use.

To replace this manual operation, Muntons installed a complete new automated bagging operation from Flexicon (Europe), Ltd. (www.flexicon.com) in a new, hygienic packaging room built directly beneath the cone mill. Consisting of an in-line conveying system, a Twin-Centerpost™ bulk-bag filler and a bulk-bag discharger that fills 55-lb bags, the new system ensures an uninterrupted work flow from the band dryer to the bagging machine, resulting in improved reliability, higher throughput and reduced labor.

In the new in-line system, the dried malt extract exits the cone mill via two feed chutes into a pneumatically operated Y diverter valve, which allows the operator to direct the flow to the new bagging line or, should the bagging line be shut down for service, to a bulk-bag filler that loads the malt into 1.1-ton bags for temporary storage. The new system enables Muntons to now supply malt in bulk bags as well as 55-lb bags.

Two flexible screw conveyors, one 20-ft-long and the other 13-ft-long, transport the malt from the cone mill to the new bagging line and the bulk bag filler. Both conveyors, which have a flexible, round wire screw rotating in a polymer tube, are at a 45-deg incline,

The Twin-Centerpost™ bulk-bag filler is mounted on loadcells that transmit weight information to a controller that stops the conveyor once the filler has reached a user-selectable weight. An inflatable inlet seal connects the bulk bag to the filler, after which a bulk-bag liner inflator expands the bag to remove wrinkles prior to filling. An exhaust port allows for dust collection during filling, and when the bag is full, it is tied closed and released from pneumatically retractable bag hooks.

When product is needed, a filled bulk bag is retrieved from storage and positioned in the bulk-bag discharger. The operator inserts the bag spout through an iris valve, and then closes the valve and unties the bag. The operator then opens the valve slowly to minimize dust discharge. A collection plenum above the iris valve helps reduce the release of dust into the plant environment.

The discharger is equipped with Flow-Flexer™ bag activators that raise and lower the opposing bottom edges of the bags to promote material flow from the bulk bag. As the bag empties, the Flow-Flexer stroke increases, raising the bottom of the bag into a steep V-shape that eliminates dead spots and promotes complete evacuation from the bag. From the hopper beneath the bag, a flexible screw conveyor transports malt powder to the bagging line at a rate of 140 cu ft/hr.

The powdered malt material, although free-flowing, is hygroscopic and can generate a potentially explosive dust. The in-line equipment at Muntons meets European Union standards for potentially explosive atmospheres and has product-contact surfaces of 304 stainless steel manufactured to a food-grade finish.