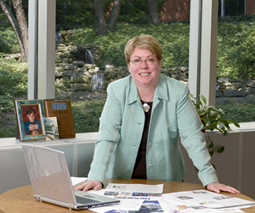 Actual shipments of packaging machinery increased by six percent in 2006, reaching $6.11 billion and marking the fifth straight year of growth in the U.S. since a downturn in 2001. Exports, on the other hand, grew only a half percentage point but still surpassed $1 billion.

The Shipments and Outlook Study from the Packaging Machinery Manufacturers Institute (www.pmmi.org) shows growth in 16 of the 17 machinery categories tracked each year, two of them with double-digit increases—Wrapping (18.6 percent) and Capping/Overcapping/Lidding/Sealing (11.2 percent). Only Converting machinery registered a modest decline of 0.6 percent. Pressure to reduce manufacturing labor costs and to improve packaging line productivity, combined with increasing demands for packaging line flexibility and changeovers, compelled many consumer goods companies to invest in new machinery during the past year. According to Charles D. Yuska, president and CEO of PMMI, “U.S. domestic demand for packaging machinery has been particularly strong for the past three years. While things have slowed in 2007, capacity levels remain high, and we expect consumer goods companies to continue their past buying patterns at slightly moderate terms.”

Food was by far the largest end-use market for new equipment, at about 40 percent of total purchases, followed by beverages at about 27 percent and pharmaceutical/medical at about 12 percent. Looking ahead, machinery shipments are forecast to increase 3.1 percent over the next three years, reaching $6.689 billion by 2009. This prediction is based on several macro-economic assumptions, among them that nondurables manufacturing plants, which account for nearly three quarters of packaging consumption, will continue to operate at a higher capacity than durables manufacturing does now.