Flexible packaging is a global market 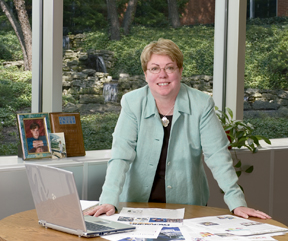 For tracking the hottest spots for flexible packaging growth, location is everything. A major new study by U.K.-based market intelligence firm PCI Films Consulting (www.pcifilms.com) forecasts that world flexible packaging growth will increase in value terms by an average of 4.6 percent per annum to reach almost U.S. $56 billion by 2010, when Asia Pacific will emerge ahead of North America and Europe as the world's largest regional flexible packaging market. The most dynamic major markets will continue to be China and India where flexible packaging sales are forecast to grow at more than three times the global average. The highly mature Western European market is forecast to grow by no more than 1 percent per year on average as packers increasingly target growth opportunities in Eastern Europe with local production.

Commenting on the report, study author Paul Gaster says, "Global demand will be underpinned by continuing rapid economic growth in many Asian markets, especially India and China. Other positive factors include the trend from rigid to flexible packaging in pursuit of lower costs, environmental demands for less packaging together with rapid population growth and expanding food processing industries in many emerging economies. Moreover, the huge volumes of food products in the developing world, that continue to be sold without any packaging, represent an incalculable opportunity for flexible packaging over the long term." The 480-page study notes that the world consumer flexible packaging market has grown by an average of 3.7 percent in value terms over the last five years to reach approaching U.S. $45 billion in 2005, including both converted and unconverted materials. With the exception of Western Europe all world regions experienced solid growth ranging from around 4 percent per year in North America to 7 percent in Asia Pacific and Eastern Europe. By far the most dynamic of the major markets have been China and India, each growing in value terms by around 15 percent annually.

On the home front, rising resin costs along with changing consumer preferences are increasingly driving the growth of the U.S. markets for flexible food packaging. Flexible food packages offer high value for the money and better convenience than other types of packaging and their lower gauges also imply lesser cost in terms of both manufacturing as well as transport, according to a new study from Frost & Sullivan (www.frost.com). Given their ability to provide a high degree of product differentiation, stand-up pouches, in particular, are witnessing strong growth and are fast replacing conventional rigid packages.

"Changing consumer preference patterns coupled with the increasing number of single households and reduced time spent on cooking are driving the emergence of convenient flexible food packages in the United States," notes Frost & Sullivan research analyst Anupama Ramaswamy. "The rising cost of aluminum is further forcing several manufacturers to shift from metal containers to flexible plastic packages, which provide equally good barrier properties and tensile strength and are also of lesser weight." This aside, the general shift from rigid plastic containers to flexible plastic packages is also benefiting the uptake of flexible food packages.