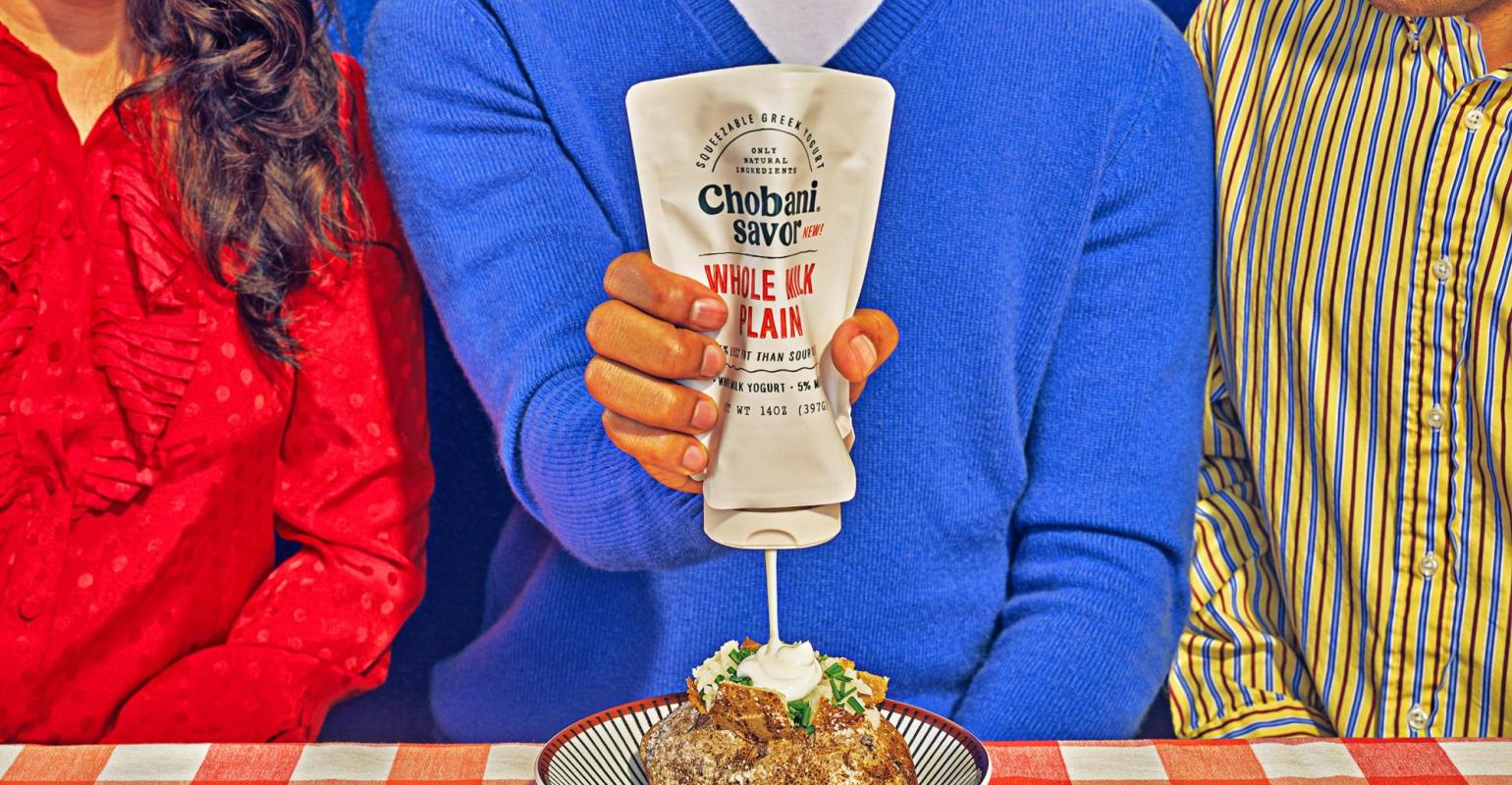 First Daisy for sour cream and now Chobani for squeezable yogurt: the growing market for inverted pouches provides ease-of-use to consumers and incremental growth for brands.

A consumer-convenient packaging format that provides source reduction and improved product evacuation for less waste overall is turning the market for condiments and other foods upside down as exemplified by brands like Chobani.

Something’s afoot with inverted pouches for food products, a trend that was apparent at Pack Expo with examples found scattered throughout several of the halls. So what’s that all about?

The evolution can trace its roots as far back as 1983 when Heinz introduced a squeezable ketchup bottle.

The next step occured when the orientation of food packaging first took a 180 degree turn when those upright squeezable bottles for ketchup and other condiments—which themselves had replaced glass or rigid plastic jars and bottles—were designed to be inverted so they could remain stable resting upside down on enlarged caps. The benefit to this is that the product was always conveniently ready to dispense and, again, it seems that Heinz also pioneered this format when it introduced the inverted squeezable ketchup bottle in 2001.

The top-down orientation also serves another function for certain products vs. standard top-up positioning: it prevents water from rising to the top and discharging first when inverted and squeezed.

After all, who wants watery ketchup with their fries?

The next innovative leap occurred three years ago with the introduction of the paramount in squeezable convenience with the breakthrough inverted pouch for Daisy brand sour cream. As a replacement for plastic tubs, the Daisy pouch not only matched what squeezable bottles could do, it upped the ante with additional benefits: the 14-oz squeeze pouch shrunk in size as more product was evacuated. That not only saves a little space, more importantly it increased ease of use, reduced product waste and can help extend shelf life (see Daisy adds flexible packaging to its sour cream line-up, published October 2015).

Inverted pouches are now poised to turn a larger world of foods upside down, because what works for sour cream also works for a range of condiments and products. And this newfangled package type comes with yet another bonus: it can leverage new consumption uses to squeeze out incremental growth for brands.

The power of packaging

That’s the reasoning behind this summer’s launch of Chobani Savor Greek-style yogurt in a squeezable, easy-to-use resealable pouch in two varieties, whole milk and low-fat milk. It was the next step for the brand in flexibles following the yogurt company’s entry into flexible packaging three years earlier with user-friendly yogurt pouches for kids (see Chobani debuts yogurt in pouches and tubes, published February 2015). 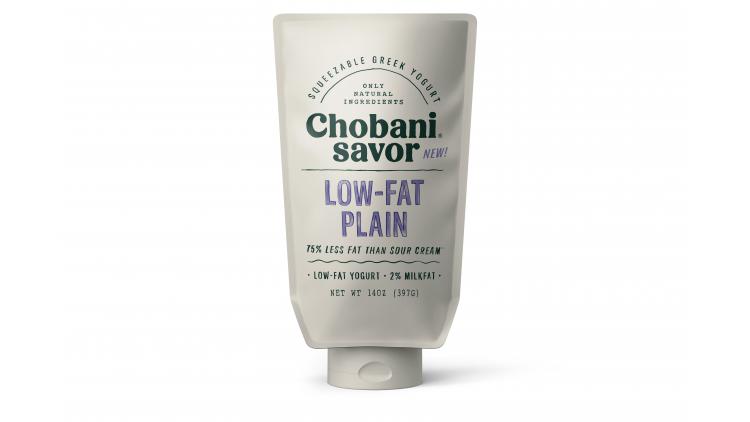 Positioned as a healthier alternative to sour cream with 50% fewer calories, 75% less fat and twice the protein, the pouches are an easy dispensing pack for topping baked potatoes, tacos, soups and more—and a highly functional alternative to rigid plastic tubs.

Available at stores including Kroger, Publix and Meijer, samples of the Chobani Savor pouch were seen on display at Pack Expo in the stand of American Fuji Seal. The packaging was developed in a complex project that involved five vendors—one each for film, pouch, spout, cap and filler, according to an in-booth contact.

“This new market for pouches that are inverted really demonstrates the power of packaging,” said the American Fuji Seal contact.

Packaging Digest couldn't agree more, which is why this series will continue next time with a close look at another application.

Fresh-Lock Unlocked: An Inside Look at Resealable Flexible Packaging
Jan 06, 2021