The most valuable ziplock bag of air ever? 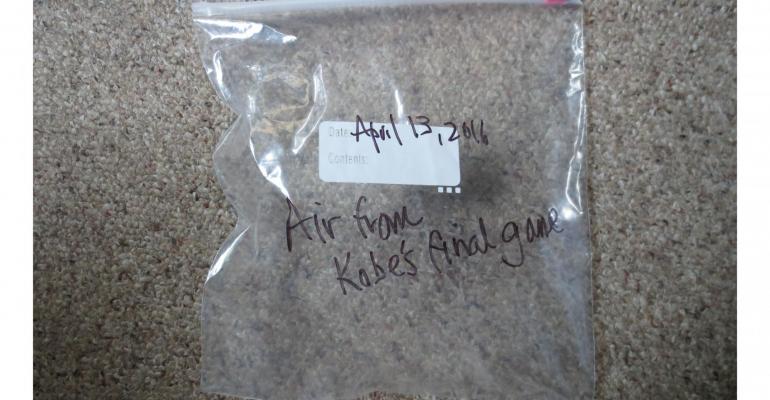 Bags of air purportedly collected at Kobe Bryant’s last NBA game--similar to this mock-up--turned up on Ebay where bids reached as high as $17,500. Whether real or fake, an expert assesses this proposition from a packaging perspective.

There had been much hoopla over the course of NBA great Kobe Bryant’s final year with the Los Angeles Lakers, which only grew exponentially for his last game at the Staples Center in Los Angeles on April 13. The game itself had a storybook ending, with Kobe totaling 60 points.

Given the hype around the event, one could argue that this was a peak moment to cash in on selling Kobe gear and memorabilia.  One of the items found listed for sale on eBay included a “bag of air from Kobe’s final game.” The bids shot up to a high of $17,500 before it and a number of such bags that had turned up were removed by Ebay. Meantime, dozens of media outlets reported on the frenzy, including The Huffington Post.

But what about the permeability?

A colleague and I were enjoying a water cooler discussion on the game and this highly valuable bag, when our packaging engineer light bulb flipped on and we thought aloud: “But what about the bag permeability?” “How well could this inexpensive packaging vessel contain this precious investment?”

We decided to kick the tires on this concept further. First, what about the seal integrity of a ziplock bag? Even a $2.99 bag of Doritos gets a hermetic seal to help ensure that minimal air or moisture gets in or out through the seal. Seals are notoriously more porous than the film structure itself.

Second, we discussed that if the bag is in storage or on a shelf, there is no driving force that would either move the Kobe air out of the bag or push new air into the bag directly through the film barrier or through the seal.

Doing the math...just for fun

However, what if there was a driving force that could slowly push the valuable Staples Center/ Kobe air through the 1mil film. How long would it take for all the air to permeate through the film? Assuming the seal was 100% impermeable and the atmosphere outside of the bag has no oxygen, using the average OTR rate of 1mil low-density polyethylene (LDPE) at 475 cc/100in2/24hrs…all of the oxygen would be fully dispensed from the zip lock bag after only a few days.

So, “Kobe’s Air” would actually be oxygen free.

There are various parameters that will effect gas transmission rates; film type, film thickness, temperature, pressure differentials and a few other less impactful. Curiously, LDPE has one of the highest O2 rates (~475 cc/100in2/24hrs) among common packaging polymers.  For instance, high-density PE used in milk jugs has less than half the rate (~175 cc/100in2/24hrs) while one of the better barrier films, ethylene vinyl alcohol, is extremely good,  typically <0.1 cc/100in2/24hrs.

Note: Source for OTRs is www.polyprint.com/flexographic-otr.htm 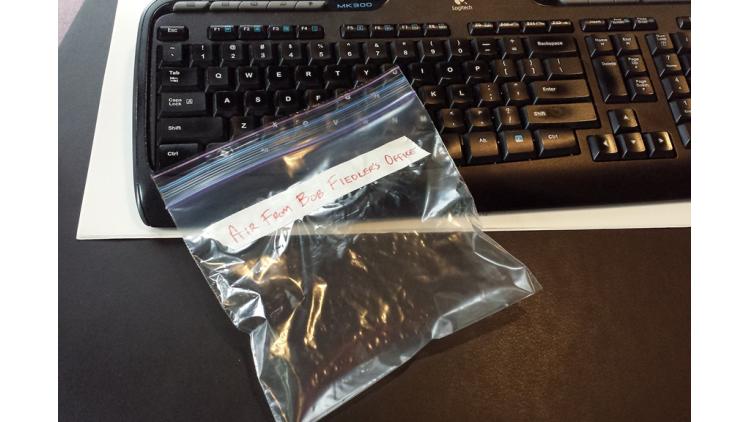 While we initially thought that the quality of the zip-lock bag would literally dissipate this purchase into thin air, it turned out that without a driving force or pressure change there is nothing to cause the air from Kobe’s last game to permeate through the bag.

I’m running an experiment of my own to see what happens to my own bag of air. I’ve captured a bag of air from the office my esteemed colleague and packaging expert, Bob Fiedler. Check back in a year to see the results and if this bag has deflated at all. I’ll be sure to put it up on eBay after our study!

Lastly: For the next bag of air for sale, I would recommend metalized foil laminate, as it has much better barrier properties to help hold and preserve your precious investment. 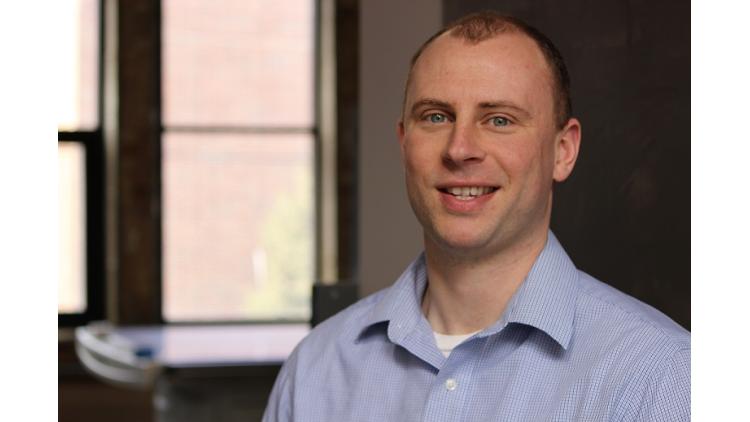 Rob Kaszubowski is the Engineering Manager at Chainalytics, where he is focused on reducing product damage and implementing packaging cost savings while leading a team of packaging consultants in Design for Distribution initiatives. Rob also contributes to the Packaging Matters blog.

Connect with Rob on LinkedIn and on Twitter @KazPack1