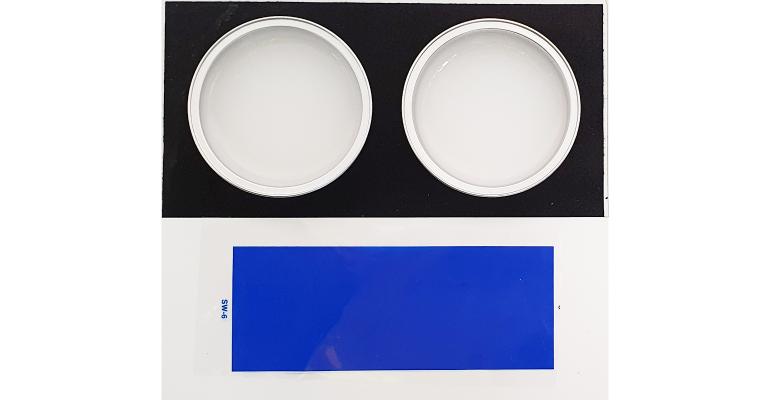 Flexible packaging offers a host of sustainability benefits ranging from source reduction to more efficient transport, but there are a number of challenges associated with recycling these materials. A new partnership between two German companies — a maker of printing inks and a developer of recycling technologies — has overcome one barrier to closing the loop.

Siegwerk and APK AG have announced the successful test of a process to remove ink from twofold low-density polyethylene (LDPE) films. Using APK AG’s solvent-based Newcycling recycling technology, the company’s R&D unit was able to disperse and filter out red, black, and blue Siegwerk inks from the polymer matrix, resulting in “near-virgin” transparency of the recyclate material. On films printed with yellow ink, some marginal color remained after the treatment process.

“We have mastered a much-discussed challenge for efficient recycling of flexible packaging,” Ralf Leineweber, head of global technology development at Siegwerk, said according to a press release.

The companies teamed up back in October 2019 and completed the de-inking test this spring. Their next step will be continuing tests with a more complex product, such as a printed monolayer film with several colors or a multi-layer solution, Hagen Hanel, head of the Plastics Recycling Innovation Center at APK AG, tells Packaging Digest.

The Newcycling process takes 75 minutes or less and involves dissolving the polymer, followed by a solvent-based purification step, whereby additives such as ink are removed. It differs from chemical recycling in that the polymer’s molecular structure remains intact.

“In line with the principles of the EU [European Union] Green Deal and the new Circular Economy Action Plan, our Newcycling technology aims at closing cycles for flexible packaging solutions that are deemed ‘unrecyclable’ up to now,” Hanel said in the press release. The Circular Economy Action plan is a set of legislative and non-legislative measures intended to ensure that resources used in the manufacture of products are kept in the EU economy as long as possible. It’s part of the European Green Deal, the European Commission’s plan to make the EU climate neutral by 2050. “We aspire to combine environmental benefits of recycling with high-quality performance of the recyclate,” Hanel’s statement continued.

APK AG’s Newcycling technology is currently available at a plant in Merseburg, Germany, producing 8,000 tonnes. Plans for a 20,000-metric-ton plant are in the works. The company says Newcycling can ultimately be scaled to 50,000 tonnes or more.