Will Electric Vehicles Put Pouch Machines Out of Business? 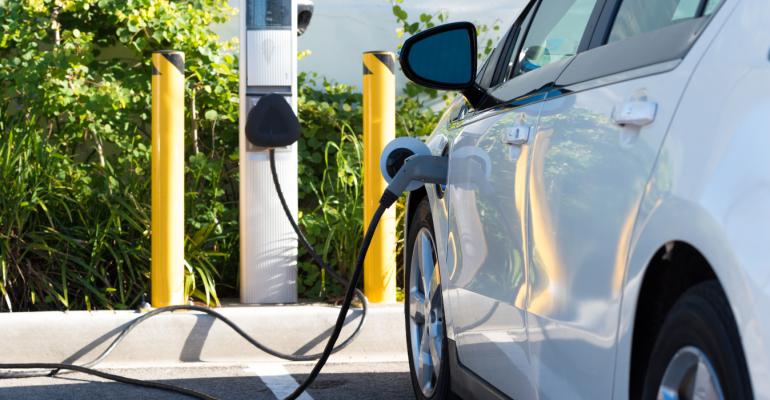 Because electric cars will need time to recharge, it’s likely most charging will be done in work parking lots or at home, not where drivers can pick up a bag of pretzels in an attached c-store. Photo credit: Michael Flippo - stock.adobe.com

Russ Roberts is an economist with a podcast. Benedict Evans is a futurologist with an interesting way of thinking about things. Listen to them talk about EVs (electric vehicles) and you learn a lot about second- and third-order effects of the move away from fossil fuels.

Several recordings caught my ear, but specifically the one about the effect on pretzels and other salty snacks (chips, peanuts, crackers and more). According to Statista.com, convenience stores — most attached to gas stations — sold $6.5 billion of salty snacks in 2018. That’s more than a third of the total US salty snack market.

These sales, according to Evans, are often impulse sales. You’re buying some gas, so you buy a bag of chips to munch on during the drive home. Or pick up several big bags to take to the beach, and so on.

That’s as far as he took it in the podcast. I started thinking of fourth- and fifth-order effects. (Is it possible to take a good idea too far? Naaah.) If snack sales decline, the market for vertical form-fill-seal baggers will shrink. Fewer machines producing fewer products means reduced film consumption as well.

The further from the cause, the more diminished the effect, of course. EVs might kill 90% of gas stations but only 30% of c-stores and 10% of salty snack sales. The ultimate impact on packaging machine sales may be marginal. Not a big deal, unless your company happens to be one of those living at the margin.

SSMs (salty snack makers) need to be thinking about what’s next. If they lose the gas station c-store and its impulse buyers as a market, where do they make it up? New sales channels might mean new package designs. New package designs will probably mean new packaging machines. Will you be ready, Salty Snack Maker? What about you, Pouch Machine Builder?

Change is coming and there are three ways to deal with it.

1. Ignore it and continue as normal; then act surprised when the change happens. This is failure.

2. Or, study all market and production factors carefully and forecast what the marketplace will look like in 10 years. Then develop a plan to satisfy that marketplace. Your forecast will be wrong. Not “might be wrong;” it will be wrong. If you don’t believe me, go back and look at what anyone was forecasting for today 10 years ago. Or back in 1950 for 1960. Did anyone get anything right?

3. The third way is nimbility. Nimbility is the ability to be nimble. As new trends develop, such as changes in the c-store business, you need the ability to quickly identify them and adapt. And adjust your packaging operation to the new normal.