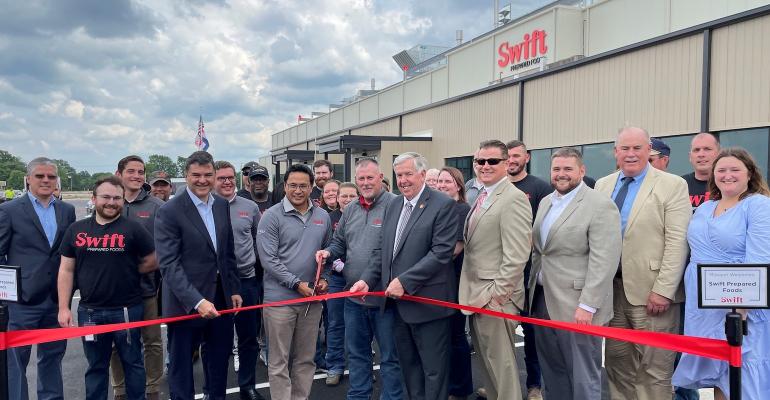 The Missouri plant will produce ready-to-eat, fully cooked bacon and create about 200 new jobs in the region.

“With the opening of its facility here in Moberly and the recent announcement of its new facility in Columbia, Swift Prepared Foods has shown a commitment to the people of this state,” Missouri Gov. Mike Parson said in a statement. “We are proud that Missouri is home to great companies like this one and look forward to working together for many years to come.”

About 200 new jobs will be created as a result of the project. The Moverly site is Swift’s sixth US production facility.

“This is a great day for Swift Prepared Foods, and we are proud to call Missouri home as we continue to grow our company and create opportunity for our team members,” Tom Lopez, president and chief operating officer of Swift, said in the release. “This milestone marks our entrance into the region, and we look forward to making Moberly an even better place to live and work.”