New packaging could save SABMiller 10,000 tonnes of steel annually 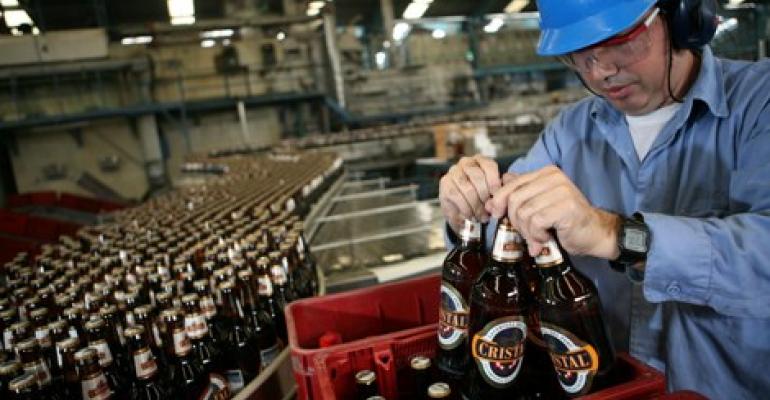 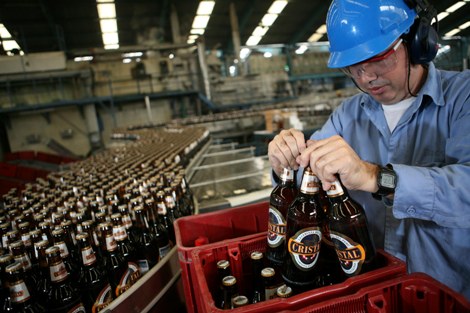 SABMiller plc has successfully tested a new, low-gauge bottle crown that could reduce the amount of steel required across SABMiller's global bottling platform by at least 10 percent a year. Currently, the beverage behemoth uses approximately 42 billion crowns every year to top bottled lagers and carbonated soft drinks, with an equivalent weight of 100,000 tonnes, which the company says is nearly twice the weight of the steel used in the Empire State Building.

The new bottle crown, which was developed by SABMiller's Peruvian subsidiary, Backus, in cooperation with Packaging Products Peru, uses 0.17mm steel, possible thanks to a unique design which embosses a ring around the bottle lip to prevent a ‘spring back' effect that can lead to leakage and contamination. This is a significant reduction in the amount of steel used in production and has a positive impact on the group's raw material costs and C02 emissions, says SABMiller, when compared to the standard thickness of steel used to create bottle crowns, which ranges between 0.22mm and 0.24mm.

In the 12 months prior to March 31, 2010, Backus used around 20 million low-gauge crowns in production at its San Juan plant in Pucallpa City. Following this successful pilot, the low-gauge crowns have been rolled out across the remaining four breweries in Peru, with approximately 80 million low-gauge crowns being used in the 12 months to March 31, 2011. If the Peruvian initiative could be rolled out across SABMiller, it could hypothetically deliver annual cost savings of US$12.6 million in material costs alone and save enough steel to build London another Olympic stadium.

The reduced weight of the bottle crowns will also have a positive impact on the environment. Today, a standard bottle crown weighs approximately 2.38 grams. The low-gauge bottle crown will weigh around 2.14 grams, which will mean a 360 gram weight reduction in every pallet being transported to the group's breweries and from the brewery to retailers and distributors. In addition, reduced weight in transport will deliver as yet unqualified cost savings and reductions in C02 emissions through transportation.

While the Peruvian low-gauge crown is forecast to be fully implemented during the second half of the 2012 financial year in Peru and Ecuador, other countries and regions are working on similar low-gauge projects. Netherlands based Grolsch brewery has performed trials on a 0.18mm crown from Italian crown producer Pelliconi, and results have encouraged other European countries to follow its lead, with trials being planned for all countries in 2012. SABMiller's partially-owned South African supplier, Coleus, will implement a 0.21mm low-gauge crown, which depends on steel supplier capability constraints but will achieve the same commercial benefits as their European counterparts due to special market conditions.

"The low-gauge crowns program is just one example of a cumulative effort across the group to innovate in every aspect of production," Maurice Egan, group head of manufacturing at SABMiller, remarks. "Across the globe, we continue to encourage blue-sky thinking that will increase efficiency, improve costs and reduce the impact our business has on the environment."