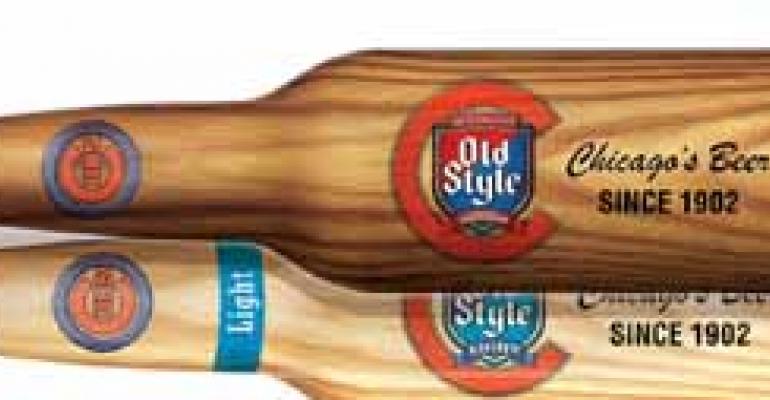 Scott & Victor, the Chicago-based strategic creative marketing group, and Pabst Brewing Company today announced the launch of Old Style Beer's campaign surrounding its 61-year partnership with the Chicago Cubs. The campaign, which will hit the market in early April, is anchored around groundbreaking package design for Old Style and Old Style Light. The collectors' edition bottles are designed to look like wooden baseball bats with the Cubs and Old Style logos and the phrase "Chicago's Beer Since 1902" etched into them. The bottles are the focal point around print communications, which include print ads in Vine Line magazine and game programs as well as in-store signage and translites within the "Friendly Confines" of Wrigley Field, the home of the Chicago Cubs. Early signs of the campaign's success are clear, with a 58 percent year-over-year increase in distributor orders for the package over the last two months.

"It was a dream to work with Scott & Victor on this project," remarked Rohith Reddy, Pabst brand director for Old Style. "They were the first call I made to do business together on this campaign. They're undeniably talented on the creative front, but are also keenly focused on the business side and are able to marry the two so well. The proof of their talent is in the initial sales numbers we're seeing on the commemorative bottle package."

Old Style has been Chicago's favorite beer for more than 100 years. The ubiquitous signs hanging from corner bars in every neighborhood in the city mark Chicago as Old Style territory. Scott & Victor focused on reinforcing this in Old Style's packaging and communications by celebrating the Old Style-Chicago Cubs partnership.

"Given the long-standing relationship between Old Style Beer and the Chicago Cubs, Old Style is in a unique position to make commentary about the team and the stadium spanning decades," said Victor LaPorte, partner, Scott & Victor. "The baseball bat bottle design pays ultimate respect to the sport and the team, and the print campaign visually references old-school baseball cards, including insider messages that are unique to the Cubs and rewarding to their fans."

The limited edition bottles will be on sale at stores around Chicago, including Jewel-Osco, as well as Wrigley Field area bars.

"As with all our work, authority and authenticity guided the campaign," commented Scott English, partner, Scott & Victor. "We were focused on communicating Old Style's soul and voice at every touch point, from the ‘passion point' of Wrigley to the purchase point of the store and bars. All of its components reflect the staying power of Old Style and the Cubs, and embrace the spirit of the city of Chicago, and the fun and entertainment of sports and beer."