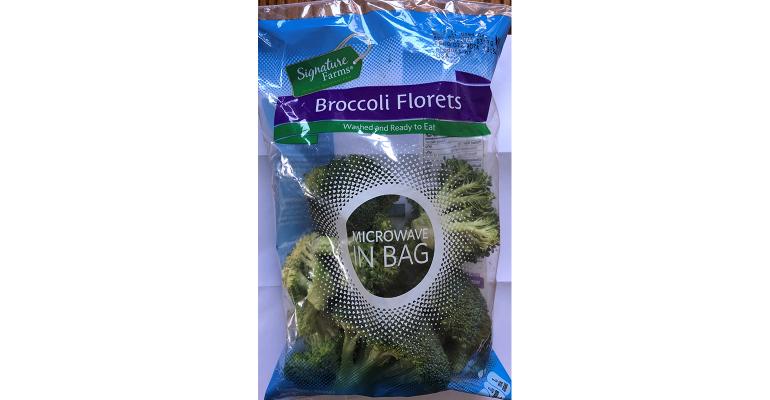 We expect to find headspace in food packed in flexible packaging, but not an excessive amount.

Is it the pandemic or what? For whatever reason, I’ve experienced three packaging failures in a period of about a month.

Things started off fine after my wife returned home from grocery shopping, but as she unpacked that bag of broccoli she commented, “they didn’t give us much.”

All I could do was offer sage advice from across the kitchen:  “Well, you know there’s always a lot of headspace in bags after the contents have settled during handling and distribution. Just like for cereal and snack bags, I’m sure it’s fine.”

I took her silence as affirmation of my observation.

A day or two later I decided that broccoli would make an appropriate mealtime side-dish. I was immediately taken aback at how little the bag held, in fact it was about half empty…or half full depending on your mindset.

This required further examination. I immediately launched the fact-gathering portion by weighing the bag on a postal scale. It was 7 ounces, well shy of the preprinted weight declaration of 12 ounces.

Again, my packaging senses kicked in as I considered why this had even occurred and surmised that this was likely a two-step fail. First of all, the form-fill-seal net weigher was way short of target. More egregiously, the quality control verification via checkweigher downstream of the bagger had somehow missed detecting such a dramatic underweight.

I’d expect there were other disappointed consumers who experienced the problem. I’d also expect a number of them did as I and filed an official complaint.

I don’t recall taking the time to complain as much as I have over the last couple years. It’s not that there’s necessarily more of these incidents, but they reached a tipping point after all the previous unreported fails and losses I’ve experienced — it was time to stand up as a consumer. And it might prevent a similar problem for others.

Then again it might just be me getting less tolerant and more ornerier as I age...

The best part of the experience: I called the toll-free number and, after a lengthy wait and second call, by providing them my name, the UPC code, and the retailer (I’m not positive they even needed the latter), they instantly refunded the cost of the bag via the credit card.

All was well, or good enough anyway.

I was very impressed because they didn’t even ask for the card information. It was only afterwards that I puzzled over that and realized the Albertson’s lady pulled that information from the company’s Big Data systems by knowing those scant few facts. Given the data breaches over the past years, I’m not entirely comfortable with that, but that’s the way things are there and just about everywhere. It certainly made for an quick and convenient refund.

The worst part: The fact they only refunded the cost of the item came across as the cheapest, bare minimum of the options available to assuage the disappointment and hassle. A refund and a coupon as an incentive to purchase the same product would have been nice.

Another #PackagingFail that I’ll report on next month with a major brand owner was a dramatically different, far more satisfying experience.