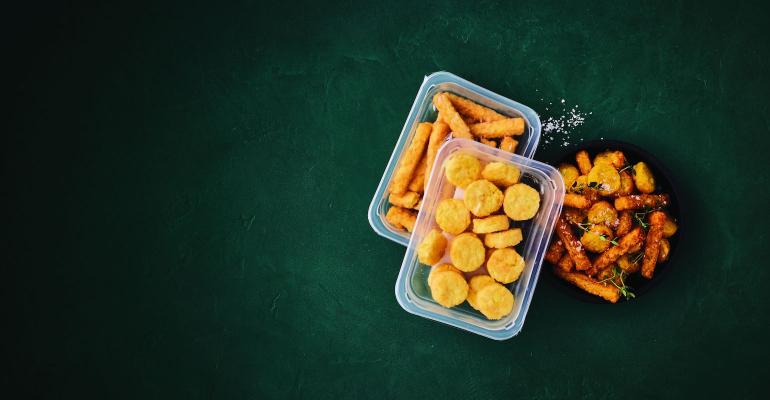 Aesthetics, safety, and sustainability of sensitive food packaging is addressed with a plant-based, food-grade anti-fogging additive.

Palsgaard, a supplier of plant-based additives for the plastics industry, says that its Einar 611 bio-based anti-fog surfactant has been successfully specified by a major Korean supplier of food-grade polyethylene (PE) film products. The customer had been looking for a cold anti-fogging additive that would effectively protect the packaged food from spoilage by preventing the formation of condensation droplets on the inside of the film at low concentration levels. At the same time, the surfactant had to eliminate regulatory concerns with regard to its chemistry and provide superior functional performance at cost-effective low concentration.

“The importance of food packaging and its role is ever-changing, from the mere protection of food items from the outside in nice packaging to concerns about food safety and product shelf life,” says Ulrik Aunskjaer, Global Business Director for Bio-Specialty Polymer Additives at Palsgaard. “Our plant-based Einar 611 anti-fog has proven itself a perfect choice in this PE film application to minimize the risk of moisture accumulating in small reservoirs on the inner surface of the packaging film, where bacteria could grow and then drop down and spoil the food.”

As a renewable polyglycerol ester made of certified palm oil from Malaysia that does not compete with food or feed sources, Einar 611 has been developed as a highly effective replacement for conventional anti-fogging chemistries, such as glycerol monooleate or sorbitan esters, in demanding PE film formulations designed for sensitive food packaging. With anti-fog performance matching or exceeding that of non-vegetable fossil-based incumbents, it reportedly delivers excellent results in low-density and linear-low-density PE as well as co-extruded and laminated PE film at low loading levels — typically 0.2% to 0.4% — for both cold- and hot-fog applications. Moreover, it has proven itself as an ideal additive in PE masterbatches and shows no adverse effects on the mechanical, optical, or barrier properties of the film, while offering high heat resistance and low volatility, according to Palsgaard. The bio-based anti-fog surfactant is available in paste form.

From a perspective of food safety, the long-lasting anti-fog performance of Einar 611 can make a significant contribution to the reduction of food waste by preserving its freshness. The additive supports a clear view on the packaged product, which promotes its consumer appeal over a longer shelf-life, and meets all global food-contact standards, including kosher and halal.

“While there is opposition from the food industry to palm oil such as in France, when sustainably produced, palm oil is the highest yielding plant oil,” commented Ulrik Aunskjaer, Director, Bio-Specialty Additives at Palsgaard. The company also grows its own rapeseed in Europe as an alternative bio-based raw material.

In addition, Einar 611 anti-fog is produced in CO2-neutral factories, thus helping PE film manufacturers, masterbatch makers, and processors to minimize their Scope 3 emissions and mitigate fossil depletion. According to the Greenhouse Gas Protocol, Scope 1 refers to direct emissions from production processes, Scope 2 to indirect emissions from energy use, and Scope 3 to all other indirect emissions, such as from material supplies, packaging, and transportation.

Along with expanding its production capacities, Palsgaard continues investing in its own Scope 1 and Scope 2 carbon-neutral production processes. Its Juelsminde site in Denmark achieved Scope 1 neutrality in 2018, but further investments will now be required as capacity is added.

The company is constructing a biogas plant that will employ wastewater from Palsgaard and become operational in early 2023, covering 10% of the required gas supply on-site. It already operates a biogas plant at the Juelsminde municipal wastewater treatment plant in a public-private partnership.

Another project scheduled to commence in spring 2023 is the construction of a 60-acre solar power plant with an annual capacity of 60 GWh, generating sufficient renewable electricity to power all future capacity expansions currently planned at Juelsminde.

These investments complement Palsgaard’s current expansions at the Juelsminde site, including a state-of-the-art spray tower to go onstream in 2023 and multiple new reaction, distillation, and esterification facilities to be completed in 2024.