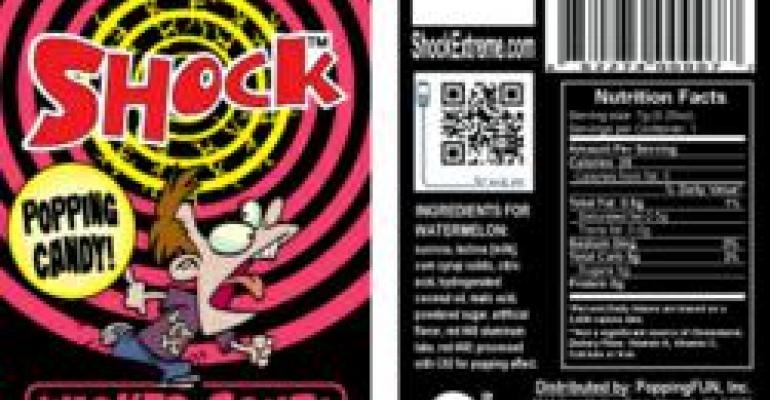 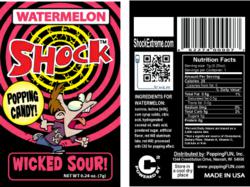 PoppingFUN is introducing the use of QR Codes on all of its SHOCK™ packaging as a key component of its strategy of recruiting its customers to actively participate in the roll-out of SHOCK™. A QR Code or 2D bar code is a specific matrix barcode, readable by dedicated QR barcode readers and camera phones..

94, the QR code is one of the most popular types of two-dimensional barcodes. QR is the abbreviation for Quick Response, as the creator intended the code to allow its contents to be decoded at high speed.

Common in Japan, where it was created by Toyota subsidiary Denso-Wave in 1994, the QR or Quick Response code was initially used for tracking parts in vehicle manufacturing. QR codes are now used in a much broader context, including both commercial tracking applications and convenience-oriented applications aimed at mobile phone users (known as mobile tagging). Google's mobile Android operating system supports the use of QR codes by, while iPhone and Blackberry platforms do not natively include the capability, but over 50 free Apps are available with reader and metadata browser URI redirection capability.

The incorporation of the QR/2d Code on all packaging elements is the first known use of this technology to support the roll-out of a new candy brand. SHOCK™ Screaming Sour Carbonated Candy combines the well known crackling, popping experience of Pop Rocks® with the extremely sour flavors of Warheads®.
TAGS: Sustainability
0 comments
Hide comments
Best New Food & Beverage Packaging