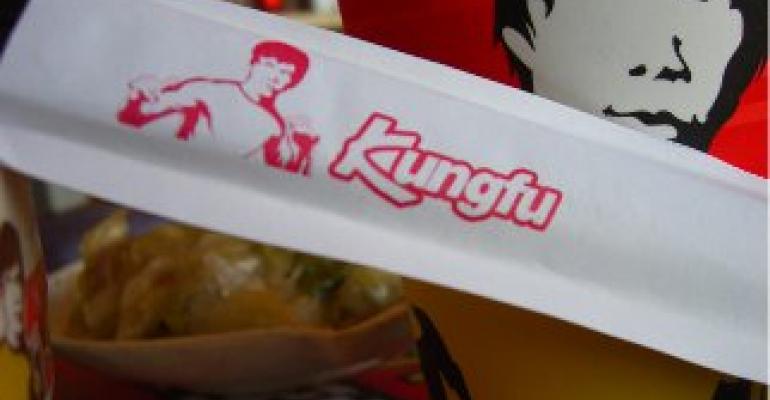 China's fast food market has been heating up. Such world-renowned Western fast food as McDonald's, KFC, Burger King, and such Chinese restaurant chain enterprises as Kungfu, Yonghe King, Da Niang Dumpling flourish on a large scale. However, the fast-food giants seem to have no intention to slow down the pace of expansion.

At the end of 2010, McDonald's announced that in the next 3 years, it would increase 1,000 new restaurants in China.

By the end of 2010, Burger King has opened over 30 restaurants in China. In September, 2010, 3G Capital in Brazil purchased Burger King, the second-largest fast food chain stores in the U.S.A. with USD 3.30 billion. The industry insiders believe that this acquisition will promote the Burger King's pace of expansion in China.

In the field of Chinese restaurant chain, Kungfu possessed nearly 380 regular stores nationwide in 2010, growing into the NO.1 of Chinese fast food industry. Kungfu plans to own 800-1,000 storefronts in the next 5 years. In addition, Yonghe King possesses 200 chain stores in China's major cities which are planned to be further expanded to 700 restaurants in the next 5 years nationwide.

China's fast food market enjoys huge market opportunities, in which exists a lot of mistaken ideas in terms of investment and concept.

In China, the development of the fast food industry is constrained by consumption level and consumption capacity. Economic development is uneven throughout China, the coastal cities are more economically developed than inland, central and western regions, and large cities are more economically developed than small and medium-sized cities. Even in a city, incomes of different groups differ largely. A portion of fast food in Chinese market is usually sold at CNY5-CNY30. The fast food industry in China faces such problems as imperfect relevant laws, inadequate distribution systems, food safety, etc.
Investors need to consider various angles of policies, site selection, incomes of local consumers, cultural factors, etc. before investing in China's fast food industry.

China's pace of urbanization is accelerating, a large number of rural populations are pouring into the cities, and the consumption capacity of original urban population is gradually increasing. Due to a large population and the continuing and rapid development of China's economy, China will gradually become the world's largest fast food market.

More following information can be acquired from this report: