Total U.S. brewery count climbs to its highest level since 1900 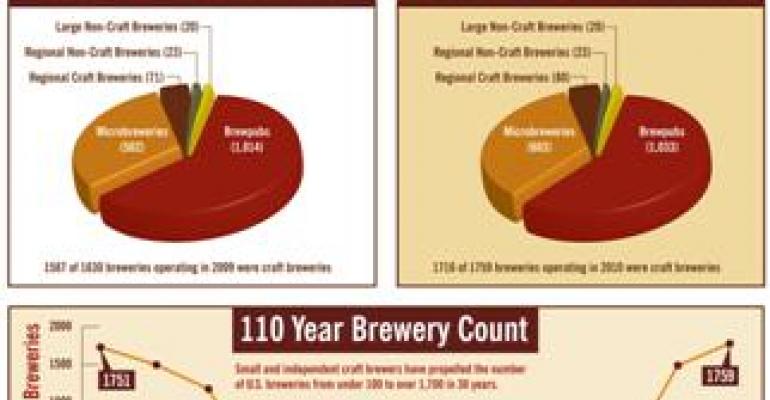 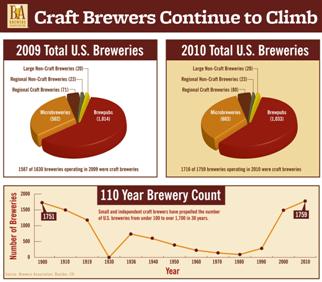 In 2010, craft brewers represented 4.9 percent of volume and 7.6 percent of retail dollars of the total U.S. beer category. The Brewers Association estimates the actual dollar sales figure from craft brewers in 2010 was $7.6 billion, up from $7 billion in 2009.

Overall, the U.S. beer industry represented an estimated retail dollar value of $101 billion. U.S. beer sales were down approximately one percent, or 2 million barrels, in 2010 compared to being down 2.2 percent in 2009. Total beer industry barrels dropped to 203.6 million, down from 205.7 million barrels in 2009. Imports were up five percent in 2010, compared to being down 9.8 percent in 2009. (Note: the Brewers Association does not count flavored malt beverages as beer.)

Gatza added, "We also found that three percent of craft brewer barrels, by volume, are distributed in cans, confirming a growing trend."

A more extensive analysis will be released on March 24 during the Craft Brewers Conference in San Francisco. The Association's full 2010 industry analysis, which shows regional trends and sales by individual brewery, will be published in the May/June 2011 issue of The New Brewer.