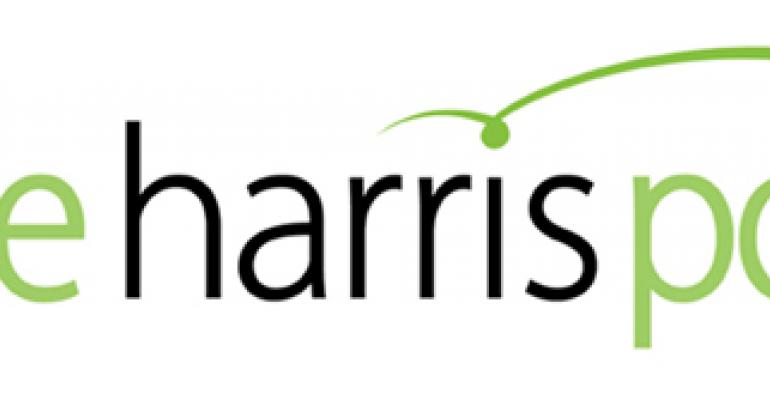 Food recall announcements have become something of a news cycle staple in the past few years. From spinach and peanut butter to chicken and pet foods, there seems to be little left in the U.S. food supply that should not be viewed with at least a modicum of suspicion. As such, it's likely not surprising that strong majorities of U.S. adults say food recalls have them at least somewhat concerned (86 percent, with 58 percent somewhat concerned and 28 percent seriously concerned) and believe there should be more government oversight in regards to food safety (73 percent).

These are some of the results of The Harris Poll of 2,236 adults surveyed online between January 15 and 20, 2014. (Full results, including data tables, available can be found here)

Food recall concerns – and calls for increased government oversight where the food supply is concerned – are stronger among some subsets of Americans than others:

U.S. adults are somewhat divided on the question of whether there have been more health and/or safety prompted food recalls recently than in the past few years (43%) or if their frequency has remained about the same (50 percent). Few, however, believe things have improved, with only 7 percent indicating there have been fewer than in the past few years.

Regardless of whether food recalls are on the rise or not, they have inarguably become a regular occurrence in the U.S., and six in ten Americans (61%) say that because of food safety concerns, they try to buy as much food locally as they can.

Americans are split on whether food safety issues are an inevitable side effect of low food costs, with roughly half each agreeing (52 percent) and disagreeing (48 percent) with the sentiment.

Health or safety related food recalls can have enormous implications for a company's reputation and patronage – but not a permanent one, at least for a majority of Americans. Over half of U.S. adults (55 percent) indicate that if a brand they usually purchase is involved with a recall or safety concern issue, they'll temporarily switch to another brand and then return to the recalled brand once it's safe.

On the other hand, 16 percent say they'll purchase another brand and never purchase the recalled brand again, and an additional 17 percent would thereafter avoid any brands made by the recalled product's manufacturer.

This Harris Poll was conducted online within the United States between January 15 and 20, 2013 among 2,236 adults (aged 18 and over). Figures for age, sex, race/ethnicity, education, region and household income were weighted where necessary to bring them into line with their actual proportions in the population. Propensity score weighting was also used to adjust for respondents' propensity to be online.

All sample surveys and polls, whether or not they use probability sampling, are subject to multiple sources of error which are most often not possible to quantify or estimate, including sampling error, coverage error, error associated with nonresponse, error associated with question wording and response options, and post-survey weighting and adjustments. Therefore, The Harris Poll avoids the words "margin of error" as they are misleading. All that can be calculated are different possible sampling errors with different probabilities for pure, unweighted, random samples with 100 percent response rates. These are only theoretical because no published polls come close to this ideal.

These statements conform to the principles of disclosure of the National Council on Public Polls.