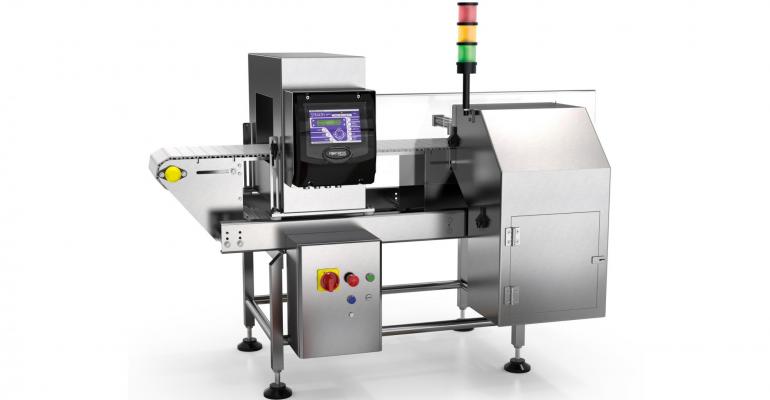 Three years after it was enacted as law, interest in and around the FDA Food Safety Modernization Act (FSMA), the most sweeping reform of U.S. food safety laws in more than 70 years, continues. Signed into law by President Obama on January 4, 2011, FMSA aims to ensure the U.S. food supply is safe by shifting the focus from responding to contamination to preventing it.

As the saying goes, an ounce of prevention is worth a pound of cure, which is as true today as it was when Benjamin Franklin coined the phrase.

Consumer Packaged Goods Manufacturers and other packagers have responded to the FSMA as have packaging machinery suppliers. Responses from the latter group have been along the lines of equipment design improvements such as easy cleanability and rounded rather than sharp corners, among many other improvements.

For decades, one of the main anchors to preventing product contamination in packaging production has been metal detectors, and now Fortress Technology is pushing the safety envelope with the introduction of new FM software for its detectors.

The FM software analyzes the detection signal and uses an algorithm to calculate the signal strength based on a function of time and amplitude.  This can significantly improve performance in certain applications, including large bags, by at least 40 percent.  So not only does this improvement address FMSA concerns, it also addresses directly the smokin’-hot market for flexible packaging.

The software has been developed to be compatible with all previously manufactured Fortress detectors and can be field installed on their Phantom and Stealth models.