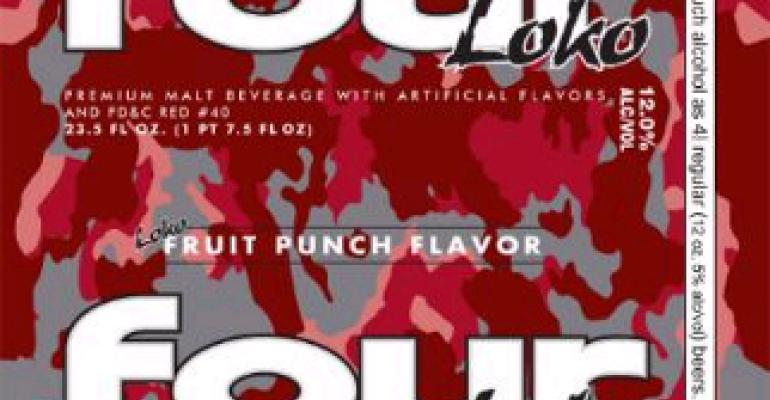 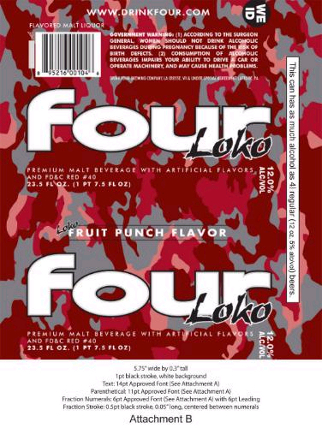 NEW YORK—The makers of the alcoholic drink Four Loko have agreed to change its labeling and packaging to settle Federal Trade Commission charges of deceptive advertising.

The FTC says Phusion Projects falsely claimed that a 23.5-ounce can of Four Loko, at 11 or 12 percent alcohol, had the same amount of alcohol as one or two typical 12-ounce beers and a consumer could drink a whole Four Loko safely in its entirety on a single occasion.

Actually, according to the FTC, a 23.5-ounce Four Loko contains about as much alcohol as four or five 12-ounce cans of regular beer and is not safe to drink in a single sitting.

Phusion Projects took caffeine out of Four Loko last November after the drink became a target of consumer groups and regulators.

Four Loko's label already disclosed the percentage of alcohol in the drink. The new labels will name the amount of alcohol a can of Four Loko contains and compare it to the amount in regular beer. So a 23.5-ounce can of Four Loko that's 12 percent alcohol by volume will now carry a label that states, "This can has as much alcohol as 4 regular (12 oz. 5 percent alc/vol) beers."

Chicago-based Phusion will also have to package the drink in resealable containers.

Phusion said it decided before receiving those letters that it would reformulate Four Loko to remove caffeine and the common energy drink additives guarana and taurine.

"Even though we reached an agreement, we don't share the FTC's perspective, and we disagree with their allegations," Freeman said. "We don't believe there were any violations. However, we take legal compliance very seriously and we share the FTC's interest in making sure consumers get all the information and tools they need to make smart, informed decisions."

The label never asserted that one Four Loko equaled one or two beers and always showed the percentage of alcohol that was in a 23.5-ounce can, he added later Monday through spokeswoman Caroline Friedman.

The agreement is subject to a 30-day comment period before it can receive final approval and become effective. The company said distributors and retailers will begin receiving the new resealable cans with the new labels in late spring, Friedman said.