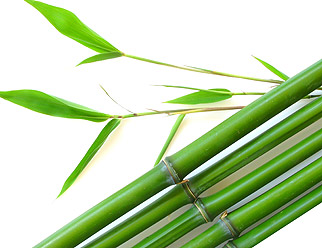 Seventy-eight companies nationwide, including major retailers such as Walmart, Target and Kmart, have received Federal Trade Commission letters warning that they may be breaking the law by selling mislabeled textile products. The products in question are the textile products made of manufactured rayon fiber, but are sold in packaging labeled as "bamboo."

"We need to make sure companies use proper labeling and advertising in their efforts to appeal to environmentally conscious consumers," said David C. Vladeck, director of the agency's Bureau of Consumer Protection. "Rayon is rayon, even if bamboo has been used somewhere along the line in the manufacturing process."

The FTC sued several companies last year for allegedly selling products labeled or advertised as "bamboo" that in reality were made of rayon. Rayon is a man-made fiber created from the cellulose found in plants and trees and processed with harsh chemicals that release hazardous air pollution. Any plant or tree - including bamboo - could be used as the cellulose source, but the fiber that is created is rayon.

The letters, which the agency's staff sent last week, make the retailers aware of the FTC's concerns about possible mislabeling of rayon products as "bamboo," so the companies can take corrective steps to avoid Commission action. In the letter, the FTC tells the companies they should review the labeling and advertising for the textile products they are selling and remove or correct any misleading bamboo references.

"While we have seen action by some retailers to correct mislabeled clothing and textile products, our hope is that these warning letters will serve as a wake-up call to all companies, regardless of their size," Vladeck said.

Along with the warning letters, the agency sent each company a synopsis of FTC decisions finding that the failure to use proper fiber names in textile labeling and advertising was deceptive and violated the FTC Act. Under the Act, the FTC can seek civil penalties of up to $16,000 per violation against any company that receives this information but fails to correct its advertising and labeling.