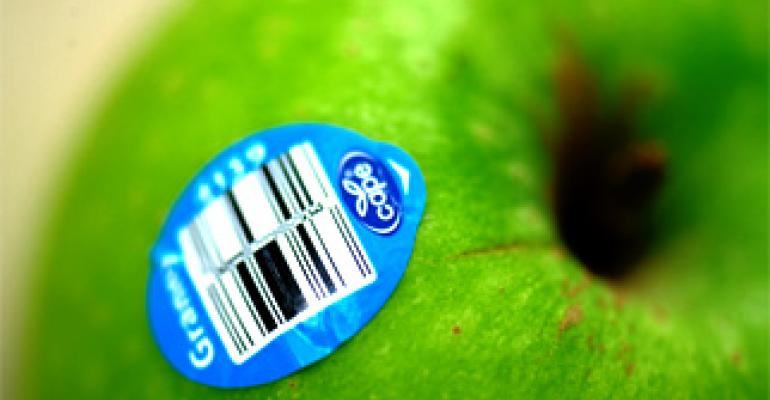 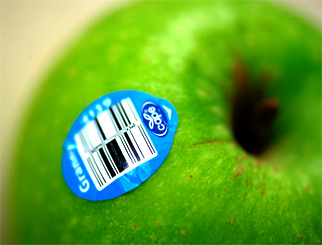 The Universal Product Code (UPC) bar code will be celebrated Wednesday by GS1 US, the Lawrenceville, NJ, developer and administrator of the UPC for more than 200,000 businesses in the U.S. The organization will mark the event with a giant UPC-adorned birthday cake for more than 800 attendees at its annual U Connect Conference in Orlando.

One of the world’s best-known symbols, the UPC code comprises a row of 59 machine-readable black and white bars and 12 human-readable digits. Both the bars and the digits convey the same information: the identity of a specific product and its manufacturer. Originally developed to help supermarkets speed up the checkout process, the first live use of a UPC took place in a Marsh Supermarkets store in Troy, OH, on June 26, 1974, when a cashier scanned a package of Wrigley’s gum. The code ushered in extraordinary economic and productivity gains for shoppers, retailers and manufacturers alike, with estimated annual cost savings of $17 billion in the grocery sector alone, according to one study.

Replacing individual price-labeling with the UPC resulted in faster, more accurate checkouts, saving consumers time and money.  Shelves were replenished more quickly, and stores were able to increase the frequency and variety of sales incentives. The code also simplified product returns and rebates.

The UPC code was quickly adopted by other industries, which sought to capture the benefits it had delivered to the grocery industry.  Today U.P.C.s are scanned more than 10 billion times a day in applications spanning more than 25 industries, including consumer packaged goods, apparel, hardware, food services, healthcare, logistics, government, and high-tech.

“The UPC made the modern retail store possible,” notes Rodney McMullen, vice chairman of The Kroger Co., which operates more than 4,000 stores in different formats and under different banners, or names. “It allows us to carry tens of thousands of items in a given store and move shoppers through quickly while offering them many different ways to save money.”

Integral to the UPC’s success are its flexibility--usable on myriad surfaces--and the foresight of the people who decided to design it with the capacity to identify millions of unique items. Although the range of its use today was not envisioned in 1974, when supermarkets carried a fraction of the inventory they carry today, the U.P.C. nevertheless accommodates the creation each year of tens of thousands of new products.

“Industry would not be as efficient without the U.P.C," said Sandy Douglas, president of Coca-Cola North America, and chairman of the GS1 US Board of Governors.  “The U.P.C. provides a basis for the industry to track products from production to shelf, to move products between companies, and to get products to shoppers quickly.”

The UPC is equally important to small entrepreneurs that sell their products through large retailers, which require the bar code for both sales and recall purposes. GS1 US helps several thousand such businesses create their UPC’s annually.

Every UPC incorporates three elements: the brand owner’s GS1 Company Prefix, the specific item’s “reference number” and a “check digit,” which is calculated by the combination of the preceding numbers and ensures data accuracy. Contrary to one popular myth, the U.P.C. doesn't contain a product’s country of origin. But the UPC is one manifestation of the Global Trade Item Number, a foundational aspect of the GS1 System that enables consistent, standard identification of products and other items in the supply chain globally.

“The U.P.C. really is fundamental to commerce,” says Bob Carpenter, chief executive officer of GS1 US.  “It took time to build momentum, but it has succeeded because it benefits everyone: consumers, retailers, and manufacturers.  And it has a lot of life left in it.”