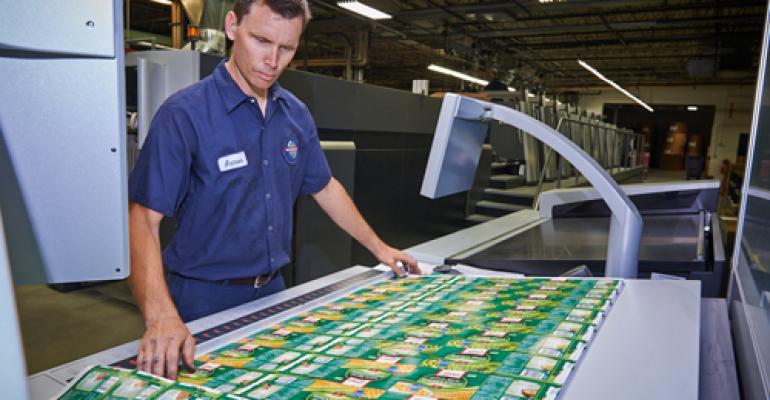 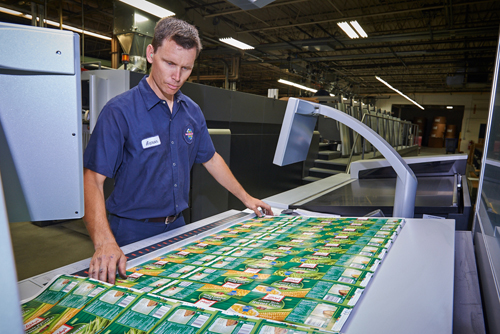 NCL Graphic Specialties Inc., a cut and stack paper label and consumer product goods packaging printer, has been recognized for setting a world record in the printing industry. The company printed 77 million impressions in one year on a Heidelberg Speedmaster XL 105 - 8 color press.

"Nearly 1,400 of these presses are operating in 68 countries around the world, and no other company has come close to achieving this production achievement," saysHarold Weimer, president of Heidelberg USA, at a ceremony at NCL's main plant in Waukesha on July 8.

Richard Zipperer, deputy chief of staff for Governor Scott Walker also spoke at the ceremony. "We congratulate NCL for their continued dedication to their employees and the significant investments they have made in their company and in the state of Wisconsin."

Since 2011, NCL has invested more than $18 million in facilities and equipment. An innovative flexographic production facility was built in Menomonee Falls, WI, and new equipment was installed at the facility earlier this year.

The company continues to invest in its future, expanding its flexible packaging market segment. The new equipment will to be installed in its Menomonee Falls flexographic production facility.

Richard Mueller, who founded the company and currently serves as NCL chairman of the board says, "While this is a tremendous honor, we would not be the company we are today without the commitment and diligence of our team members throughout our 50 year history. NCL's achievements are their achievements."