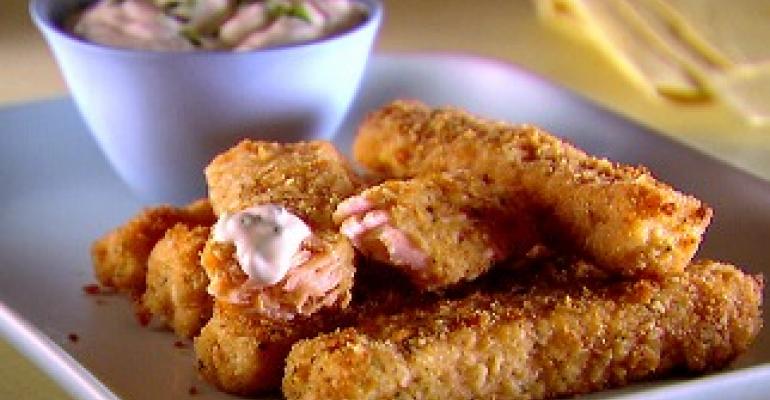 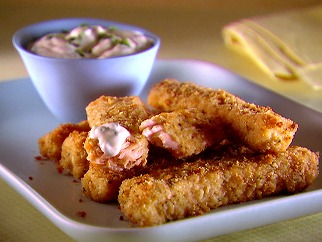 A Consumer Reports investigation reveals that more than one-fifth of 190 pieces of seafood bought at retail stores and restaurants in New York, New Jersey, and Connecticut were not what they claimed to be—either mislabeled as different species of fish, incompletely labeled, or misidentified by employees. The report can be found in the December 2011 issue of the magazine and online here.

Consumer Reports sent the fresh and frozen fish samples to an outside lab for DNA testing. Researchers extracted genetic material from each sample and compared the genetic sequences against standardized gene fragments that identify its species in much the same way that criminal investigators use genetic fingerprinting. Among the findings:
Only four of the 14 types of fish bought--Chilean sea bass, coho salmon, and bluefin and ahi tuna--were always identified correctly.

One sample, labeled as grouper, was actually tilefish, which averages three times as much mercury as grouper. The U.S. Food and Drug Administration (FDA) advises women of childbearing age and children to avoid tilefish entirely.
"Americans spent $80.2 billion on seafood last year, $5 billion more than in 2009, but they aren't always buying what they think they are," said Kim Kleman, editor-in-chief, Consumer Reports. "Whether deliberate or not, substitution hurts consumers three ways: in their wallet, when expensive seafood is switched for less desirable, cheaper fish; in their health, when they mistakenly eat species that are high in mercury or other contaminants; and in their conscience, if they find out they've mistakenly bought species whose numbers are low."

Consumer Reports testing revealed that three of the 21 "catfish" samples were Pangasius hypophthalmus, or sutchi catfish. None of the three bore country-of-origin labels (they were bought in small fish markets, where such labeling isn't required), but sutchi catfish are largely imported from Vietnam, where some fish farmers use drugs that are unapproved in the U.S. The rest were Ictaluridae, the only family that can be marketed in the U.S. as "catfish," according to a law Congress passed in 2002.

Federal law requires seafood to be labeled in a way that's truthful, not misleading, and in accordance with federal regulations. If the FDA, which oversees seafood labeling, discovers fish fraud, it has the authority to slap companies with warning letters, seize seafood, and prevent businesses from importing fish. But FDA experts say it's primarily the responsibility of state and local agencies, not the FDA, to regulate retail food stores and restaurants. In New York, New Jersey, and Connecticut, where the tested fish was purchased, state officials told Consumer Reports that their inspectors aren't trained to differentiate among fish species and that they focus their limited resources on food safety.

FDA says that all imports are screened before they enter the country and that a subset are inspected based on their potential risk. All investigators are trained to identify and document evidence of fraud and will detain seafood mislabeled with fictitious names. The agency has purchased DNA sequencing equipment for five FDA field laboratories and anticipates using the equipment to start testing imported and domestic seafood species, usually before they reach the retail market.

According to a February 2009 Government Accountability Office (GAO) report, the FDA has spent very little time looking for seafood fraud in recent years. Eighty-six percent of the seafood that Americans consumed in 2010 was imported, mainly from Canada, China, Ecuador, Indonesia, Thailand, and Vietnam. But FDA officials physically examined only about 2 percent of imported seafood from fiscal 2003 to 2008. Only about 0.05 percent of the examined seafood was checked for seafood fraud (mislabeled, substituted, or short-weighted items), according to the GAO report. And during that time, the FDA looked for fraud during only 0.5 percent of domestic seafood inspections. That involved mainly reviewing seafood labels (to make sure that they listed the fish by its correct name, for instance); the agency conducted very little lab analysis.

Consumers Union, the public policy and advocacy division of Consumer Reports, supports legislation introduced this year in the U.S. Senate to help prevent seafood fraud, standardize labeling, and strengthen cooperation among federal agencies that oversee seafood safety. CU's advocates also support the U.S. Department of Agriculture's new oversight of catfish safety. CU has called for the USDA to define catfish broadly, so inspectors will be able to regulate all domestic and imported catfish species, and to require testing for aquaculture drugs that are illegal in the U.S. but are sometimes used overseas.

When shopping for fish, CR recommends that consumers consider species that are abundant, well managed, fished or farmed in ways that minimize harm to the environment, and low in contaminants such as mercury and PCBs. The perfect certifying group or label would address all aspects of sustainability, verify species through DNA tests, and have no vested interest in the products it certifies.