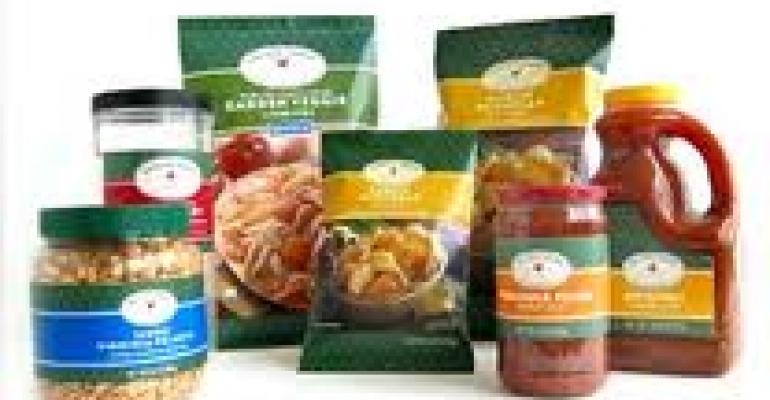 Once stigmatized as a second-rate alternative, store brands are taking on their name-brand counterparts with splashier packaging and a growing number of organic, all-natural and higher-end products.

At Target, shopper Charles Rawls said he didn't even realize that Archer Farms was the big-box retailer's in-house brand when he first started buying the snacks a few years ago. Rawls tried them only because he noticed they cost less.

"The packaging is very colorful and there are nice big pictures of the food," said Rawls, a 34-year-old Philadelphia resident who works as a marketing manager for a bank. "There's not a connotation of a lack of quality."
The transformation of store brands - aka generics, house brands, and private-label brands - is being driven largely by economic conditions.

To start, supermarkets are being pressured by rising fuel and commodity prices, which have forced them to pay more to keep shelves stocked with name brand products. But grocery chains fear passing on those higher costs could send shoppers running.

So to keep expenses in check, they're revamping the taste and packaging of their house brands to boost sales. The added benefit is that once shoppers get used to a particular product, they're more likely to keep coming back and try other items in the line.

"It starts on price - that's why people gravitate toward it," said Steve Rosenstock, who heads the consumer products division for Clarkston Consulting in Durham, N.C. "But what we've seen is they develop loyalty to store brands that is commensurate with the loyalty they had with national brands."

Consider that store brands now account for 28 percent of all food and drink consumed in the United States, up from 20 percent about a decade ago, according to market researcher The NPD Group. Here's what you need to know about store brands on your next trip to the grocery store.

THE SELECTION
Most supermarkets already offer at least two tiers of store brands; a basic line that competes squarely on price as well as a more premium line. But the options are expanding.

Kroger, for example, this past winter rolled out organic milk and eggs under the "Simple Truth" brand and plans to add to the line this year. At Safeway, shoppers can pick from Safeway Select, Eating Right, O Organics and Open Nature lines.

Whole Foods Markets introduced 250 items, including goat cheese and pesto frozen pizza, flax milk and organic vegan lasagna to its line in the past year.

So just how much will the store brand differ from a name brand? That depends on the product, but supermarkets know consumers want familiarity when it comes to some basics.

"There's a certain expectation that a saltine will taste a certain way," said Linda Severin, who heads corporate brands for Kroger. "And in those cases, our goal is to meet those defined expectations."

But in categories where customers look for variety, Kroger tries to cultivate brand loyalty by offering items shoppers can't find anywhere else. Hence the introduction of its ice creams in "Sticky Bun" and "Honey Baklava" flavors this spring.

Even with more basic items, companies are working to scrub the stigma of "generic" from their products.
Kroger, for example, is in the middle of a five-year process of revamping its entire lineup of store brands, with tweaked products being rolled out in stages. As part of the overhaul, the company even created a fictional target customer named "Maria" to figure out exactly what she's looking for when browsing the aisles.

That resulted in Kroger reducing the levels of sodium in some of its canned soups and removed high-fructose corn syrup from some of its cereals last year.

Despite the rapid expansion of store brands into nearly every corner of the grocery store, there are some categories supermarkets are reluctant to compete in. Think products that are heavily marketed and enjoy strong brand identities, such as sports drinks, soda and beer.

THE PRICES
The evolution of store brands means prices will vary a lot more too.
Whether you save at all will depend on the items that you're comparing. A store brand's premium spaghetti sauce, for example, may be more expensive than Prego or Ragu at many supermarkets. But it might still be cheaper than some of the higher-end name brand sauces that now crowd shelves.

In the broadest terms, however, the biggest savings are on beauty and personal care products. A study by the market researcher SymphonyIRI found that store brands provide an average savings of 64 percent in those categories. Among food products, fresh and perishable items were 36 percent cheaper, frozen items 32 percent cheaper and general merchandise like cleaning products were 22 percent cheaper.

But the improving image of store brands means that supermarkets can charge more as well; prices for store brands on average rose 5.3 percent in the past year, compared with 1.9 percent for name brands.

The upside is that the popularity of store brands is forcing national brand companies to keep their prices low or run more aggressive sales promotions, said Rosenstock of Clarkston Consulting.

THE ORIGINS
So where exactly do store brands come from? The answer depends on the supermarket and even the specific product.

In many cases, supermarkets work with companies that specialize in making "private label" brands. These companies - such as the publicly-traded Ralcorp Holdings Inc. - make products based on the client's specifications. So the granola bars a company makes for one supermarket wouldn't be the same as the bars it makes for another.
Some name-brand companies also produce generics for retailers. Hormel, for instance - which makes Spam and Jennie-O Turkey - also sells packaged meats to third parties.

To protect the aura of their brands, supermarkets don't like talking about exactly where their products are manufactured. Whole Foods, for example, says it works with a wide mix of vendors.

In case shoppers are concerned about the quality, Severin of Kroger notes that the company's manufacturing plants operate no differently than those of major name brand companies.