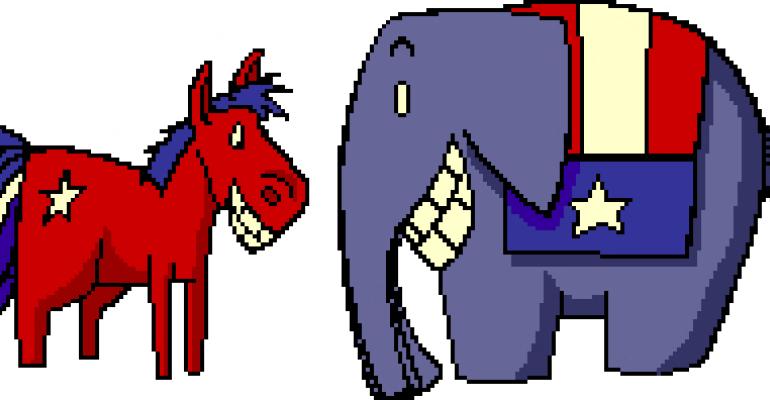 Dec. 05—There's more to a potato chip than just the crunch.

Chip makers know what we want, based on our social status—so they target their advertising to appeal to different class values, according to a new Stanford analysis of the marketing of a dozen different brands.

"The red-state and blue-state models of our nation are written on the back of every bag of potato chips," concludes professor Jurafsky.

The project started with visits to grocery stores, where grad student Freedman photographed the language on potato chip bags—and attracted the stares of puzzled employees.

They found that cheap chips, like Lays or Utz, tout well-known locations in America, "an old family recipe" or a "time-honored tradition." Their text uses simple sentences and words, written at the eighth-grade level.

This theme is evident in Lay's recent ad campaign, which replaced its long-standing "Bet You Can't Eat Just One" theme. New ads feature the actual farmers who grow potatoes used to make the chips, appearing genuine and plain-spoken.

They reinforce the theme of the campaign: "Happiness is simple."

Expensive chips, like Dirty and Kettle Brands, promote their exotic ingredients like "sea salt" and handmade processes like "hand-raked," with text written at the 10th- or 11th-grade level.

There's nothing "simple" in the approach used by the current Kettle ad campaign: "Behold, the perfect chip. Pick one up. Turn it gently in your hand. Admire the character, the unique, individual shape, the beautiful tawny gold color."

Their investigation, published in the December issue of the journal Gastronomica, supports the premise of the landmark book "Distinction," by sociologist Pierre Bourdieu, which asserted that our tastes in music, film, art and food correlate with class position.

He argued that "hip" or "fashionable" tastes were a way for the upper class to distinguish themselves. For instance, his survey of French society in the 1960s found that the working class preferred the Blue Danube Waltz, while the high-status class favored the Well-Tempered Clavier.

Food is thought to be a particularly powerful marker of group identity. Previous studies have shown that lower class consumers preferred traditional hearty meals, with big portions that were heavy in starch and fat; high classes favored more exotic foods, like ethnic curries, or health foods, like brown rice.

So the language that promotes a food is very revealing.

Potato chips are an ideal food for analyzing classes' differences in marketing because everyone eats them, no matter what their social class—unlike beef jerky sticks and pork rinds, for instance, or imported caviar and Champagne.

And chips come wrapped in bags covered with cultural clues.

The potato chip study found that almost all chips—expensive or not—emphasized the healthiness of their products by using phrases like "low fat," "no cholesterol" or "lowest sodium level."

But the expensive chips used health-related claims six times as often as the cheaper chips, even though there were no actual differences in the chips.

Phrases like "natural," "real" or "nothing artificial" were more than twice as likely to be mentioned on expensive bags. And the expensive chips were five times more likely to stress their distinguishing characteristics, like "best in America" or "in a class of their own."

Cheaper chips, in contrast, aimed for authenticity rooted in family tradition and family-run companies—referencing "a family recipe," "our founder," or "the chips that built our company."

There are also differences in the complexity of the message, reflecting the wisdom of one of the original "Mad Men," famed publicist David Ogilvy. In his 1963 "Confessions of an Advertising Man," he wrote: "Don't use highfalutin words for the non-highfalutin audience."

Bags with the inexpensive chips had fewer words—averaging 104 words per bag, compared with pricier bags that featured about 142 words.

The language is designed to draw buyers into believing that the product matches their values and educational level, the researchers conclude.

Besides the packaging, they found, there is another valuable difference: about 25 cents an ounce.