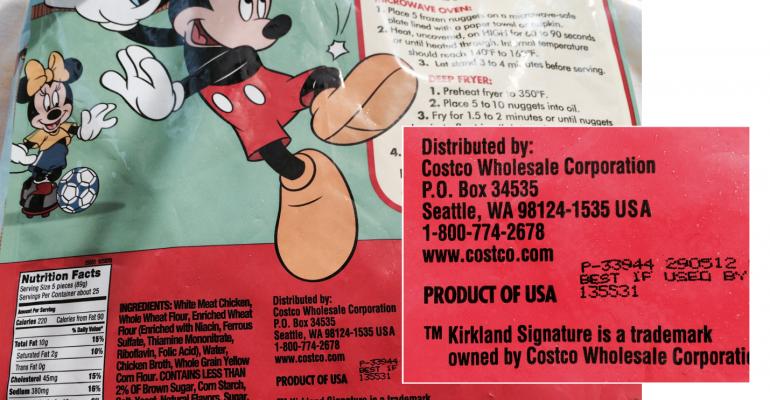 Will a voluntary "Product of the U.S." labeling program generate repurcussions from the World Trade Organization and trade partners?

Not everyone agrees on when and how to act to avoid possible retaliatory measures after the World Trade Organization (WTO) ruled that mandatory country of origin labeling (COOL) requirements for beef, pork and chicken are non-compliant with WTO rules.

The U.S. House passed the Country of Origin Labeling Amendments Act (H.R. 2393), which would repeal mandatory country of origin labeling (COOL) requirements for beef, pork and chicken, and sent the bill the U.S. Senate on June 11, 2015.

The following month, on July 23, 2015, Senators Debbie Stabenow (D-MI) and John Hoeven (R-ND) introduced S.1844, which would allow meat and poultry products from animals that are born, raised and harvested in the United States to be labeled as “Product of the U.S.” under a voluntary program.

As way of background, the Agricultural Marketing Act of 1946, as amended by the 2002 and 2008 Farm Bills, requires retailers to inform consumers of the country of origin of various meats, fish, shellfish, nuts, fruits and vegetables. The U.S. Department of Agriculture (USDA) published an interim final rule on COOL for all covered commodities on Aug. 1, 2008, and a final rule on Jan. 15, 2009. Not long after implementation of the mandatory regulations, Canada and Mexico filed suit with WTO claiming that they discriminated against Canadian and Mexican origin livestock.

In response to that ruling, USDA amended the COOL requirements in May 2013, to require specific information regarding where animal sources of covered meat products were born, raised and slaughtered.

In 2013, Canada and Mexico again filed a complaint with the WTO, and the organization again ruled—in 2014—in flavor of Canada and Mexico. The U.S. also appealed that ruling but was unsuccessful when on May 18, 2015, the WTO Appellate Body confirmed the earlier finding that the COOL measure accorded less favorable treatment to imported livestock than to like domestic livestock. In particular, the Appellate Body agreed with the WTO panel’s conclusions that the amended COOL measure increases the record-keeping burden for imported livestock.

A few days after the House voted to repeal COOL requirements for beef, pork and chicken, on June 17, the WTO Dispute Settlement Body (DSB) held a meeting to consider Canada’s request for approximately $2.5 billion in retaliatory tariffs against the U.S. During the meeting, the U.S. referred the issue to arbitration, which will delay the decision for at least 60 more days.

Concern over the possible retaliatory measures spurred calls for repeal of COOL requirements. The Senate Committee on Agriculture, Nutrition and Forestry held a hearing on COOL and trade retaliation on June 25. At the hearing, committee chairman Senator Pat Roberts (R-KS) referenced a Kansas State University review of the current mandatory COOL regulations that found that compliance had already cost Kansas $500 million. He added that U.S. Department of Agriculture estimates that mandatory COOL has cost the U.S. beef, pork and chicken sectors approximately $1.8 billion.

Rep. K. Michael Conaway (R-TX), chairman of the House Agriculture Committee, pointed out that Canadian officials have stated that the voluntary portion of the Senate bill is unacceptable, and he urged the Senate to pass a clean repeal before summer recess. Once that is accomplished, he said he would “commit to working in a bipartisan manner to try and craft a purely voluntary program that is both trade compliant and does not interfere, intentionally or not, with existing labeling programs.”

On the other side of the issue, 142 farm, ranch, environmental and consumer organizations sent a letter on July 28, 2015, to Senators Pat Roberts (R-KS), chairman of the Senate Committee on Agriculture, Nutrition and Forestry, and Stabenow urging them to reject any efforts to repeal the mandatory COOL labeling law and any attempt to create a voluntary program instead. The letter states that since the U.S. “has a sovereign right to allow the dispute process to proceed to it completion, which is months away, and then decide how and whether to implement the adverse [WTO] ruling,” it is premature for Congress act.

The organizations added that WTO can only authorize penalties based on the extent to which COOL caused a reduction in the volume and price of livestock imports, arguing that the economic recession was the driving factor behind declining livestock import, not COOL.