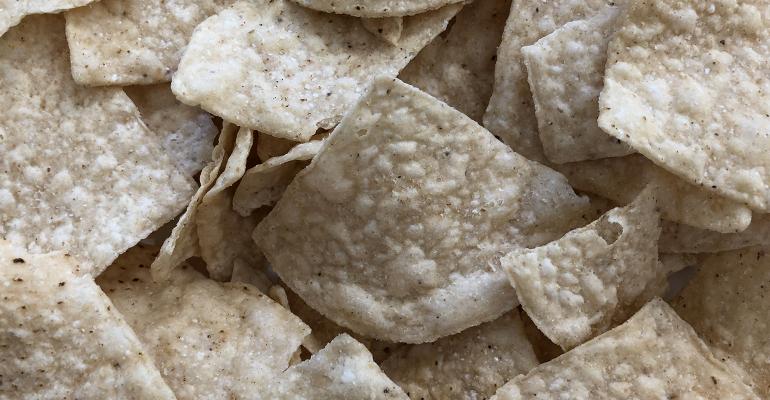 Several decades of in-plant visits began at a Borden snacks plant in the heartland of America around 1985.

I’m no road warrior, but over the course of 30-something years as a packaging editor I’ve been inside some 150–200 plants. These ranged from numerous consumer packaged goods facilities and packaging converting operations to one irradiation facility. That’s because fielding case studies in-person was the hallmark of three of the publications I’ve worked for: Prepared Foods, Packaging World, and Packaging Digest.

A few of those plant tours stick in my memory banks like a pressure-sensitive label.

Let’s start at the beginning…I recall my first plant visit ever to a Borden’s snack foods plant in Missouri, I believe in Liberty, MO.  Besides serving as my inaugural plant visit of many dozens, I remember it for four things:

The plant had a number of processing and packaging lines, most notably a tortilla production line that figures in this particular tale, which is the fourth thing I recall because it was where I experienced a memorable mishap.

A little more background first: A former Kraft engineer, Jack had a number of such visits under his belt by the time I came aboard, so he took the lead and did most of the talking — which came naturally to him — while I generally tagged along taking notes.

The tortilla production line involved an extruder that belched steam occasionally as it turned the ground corn and other ingredients (called “mash”) into wet chips. My memory gets a little sketchy before I get to the denouement, but I remember that those extruded chips went into a hot oil fryer and then through a lengthy belt oven to dry.

But I do recall very clearly what came next…as Jack and the plant manager walked on to the next stop, I stayed behind to watch the extruder do its thing and catch up on my note taking. I was close enough that it was warm, but not so close that there was any danger of the tie getting in the way.

Suddenly, the extruder let out a large steam-driven blast of hot mash that came and hit me…well, right below the belt. I was certainly shocked, shaken and, most thankfully, unharmed.

My next thought was to look around and see if anyone had noticed what happened.

Thankfully, no one did.

I regained my composure and quickly caught up with my two companions.

Lesson learned: Never get too close to active extruders!