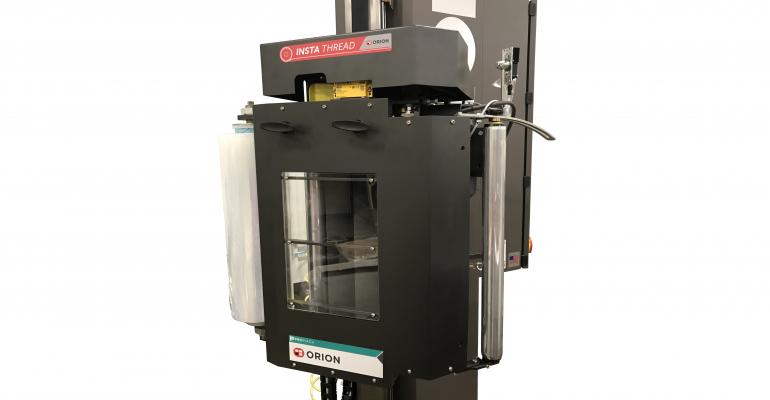 By stretching films efficiently for minimal film use, the S-Carriage shrinks film use and costs for customers.

Orion’s S-Carriage delivers 260% pre-stretch and is adjustable for higher or lower pre-stretch as load requirements vary, saving an estimated $1,200 in film costs yearly.

Orion, a product brand of ProMach, introduces the brand’s new S-Carriage pre-stretch system for lowest stretch-film consumption required to contain the load. The S-Carriage becomes Orion’s new standard carriage and will roll out across all models by the end of 2020.

Orion estimates that replacing film carriages offering 234% pre-stretch with the S series’ assured 260% pre-stretch will increase the number of loads per roll from 135 to 154. In this scenario the film cost reduction over three years will be an estimated $3,600. Consistent pre-stretch of 260% and above reduces film acquisition costs for shippers and improves end-user sustainability through less waste. The S design also allows Orion’s customers to take advantage of evolving film technologies, which are now capable of reaching up to 600% pre-stretch.

Orion's S-Carriage delivers 180 degrees of film to roller contact, which reduces slippage and neckdown for improved film coverage and yield. The S pattern of film travel over carriage rollers is ideal for all types of cling films, even one-sided films, as the sticky side remains against the load for improved holding power. Automated Orion Insta-Thread and Insta-Cut features reduce film handling for labor savings, improve throughput and lower risk of worker injury.