That’s according to a Future Market Insights in an industry report released in September 2022.

The rapid expansion of ecommerce has altered the way in which consumers shop and has increased convenience. The rise of online shopping platforms has resulted in a surge in the number of warehousing facilities worldwide. With more demands and profitable growth opportunities for packaging companies and parcel retailers in collaboration with ecommerce giants, the demand for palletizing robots is also expected to rise.

The past few years have seen high demand for single pallets, which are commonly used for retail and warehousing. These operations for smaller box and pallet sizes require robotic palletizers that operate faster to handle small parcels as compared to larger parcels. For this market, robotic palletizer manufacturers are inventing advanced built-in flexibility that lets users avoid extra reprogramming costs.

All these factors are supporting the market growth of palletizing robots over the forecast period.

•         In terms of end use, the industrial packaging segment will dominate the market. 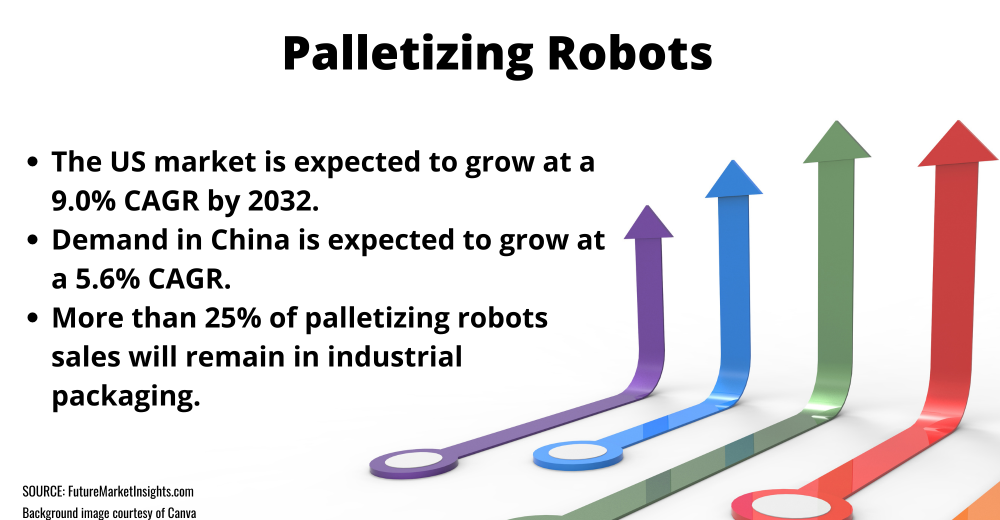 Next Up
Packaging by the Numbers
Start Slideshow ›