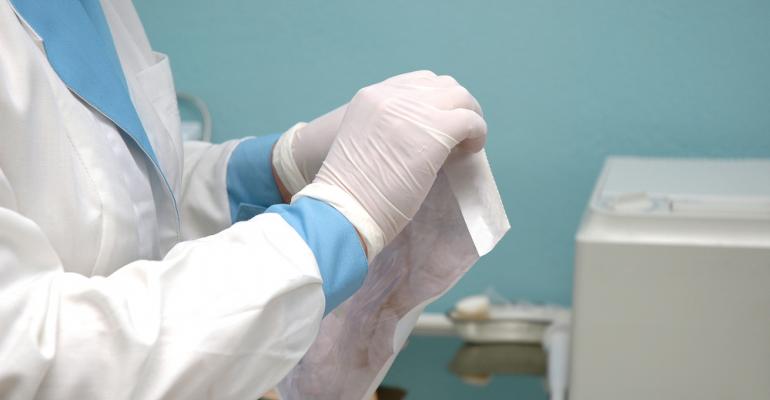 Image of a nurse opening a package by NIK/Shutterstock

Nurses and technicians were quite vocal as they opened medical device packages submitted for feedback during HealthPack’s annual “Voice of the Customer—Nurses & Technicians” panel. Ease of opening and prominent labeling information were key concerns, and recycling seemed to be of interest, too.

Held March 8 in Denver, the panel was led by IoPP’s Medical Device Packaging Technical Committee. Participants opened packages in a separate room while on camera, and then afterward came onto the HealthPack stage for a live question-and-answer session with attendees.

Panel participants reported liking “easy-to-open packaging with no chance of contamination,” reported one. Another said an “expiration date” should be included on every packaging “layer.” When opening one package, for instance, one professional said that “the lot and expiration date should be in large letters. It’s great to have on a package.”

One panelist expressed preference for double sterile barrier packaging: “I like that second chance—if there’s another sterile envelope inside,” she said.

When opening packages, a few of the nurses and technicians demonstrated the “dumping” technique in which packages are opened and the contents are dropped into the sterile field, rather than being presented to another professional. Another explained that scrub techs often set up sterile supplies alone.

When one was opening a large tray, she said the base felt “too wide to grasp on the bottom.” Another said that if “a tech had to open it alone, it would be difficult.” One used her arm to hold it underneath, preferring to hold the heaviest part of the package closest to her body when peeling back the lidding.

It is hard “to find the grip point or area on the bottom, which could be problematic if the nurse has a short arm,” added one participant.

When opening a long package, one professional said that “anything long is awkward to do, and we use our arms as braces.”

Another package featured carded instruments in a header bag, which one participant liked because she could “clearly see the sharps,” she said. “Having a visual is important, and they’re secured in there well.”

However, one said that “we don’t like these,” referencing the header bag. “There’s not as much control.”

“It’s almost like you are cross-contaminating when you go back and forth to open,” said another.

One participant said it “was easy to remove devices from the card. It is better that it doesn’t jump off the table.”

A few of the nurses and technicians did mention concerns about waste. “We get packaging with foam and corrugated plastic—it’s like a present within a present—and the device is little,” said one.

Another said that she recycles what she can before introducing supplies into the sterile field. “Packaging in the field before the patient comes gets recycled,” said one.

“We complain a lot when we don’t have recycling,” said another. Her facility “stopped recycling when oil process dropped.”

And “when they tell us that we saved 20 pounds from a landfill, it’s nice. We feel like patting ourselves on the back,” said one.

One package alternative featured a “strip” intended to be zipped open rather than peeled open and back over technicians’ hands. One panelist said she liked the package. Another commented that “if it had to be put into the sterile field, it would be hard to do with the package.”

Participants reported that it is “standard to look at packaging in the light to check for integrity.” One said that “if it looks suspicious, we get rid of it.” Suspicious packages are “crinkly” or have “droplets or discoloration,” one said.

As the nurses and technicians panel discussion neared conclusion, one professional stated that a “hospital buys the cheapest package. If we had the choice, we’d choose easy to open.”

Here are some past articles on previous nurses panels at HealthPack:

Medical device packaging put to the test at HealthPack 2015

Focus on the end-user