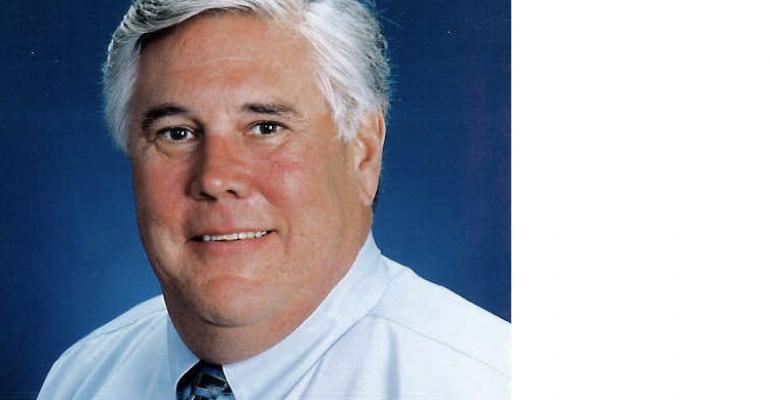 “If it’s not critical to package performance, then don’t overspecify.”

“Be careful of voluntary standards. There have been occasions where, over time, they have ‘morphed’ into requirements.”

“There is very little control of the packaging system once it leaves your finished goods.”

“…companies must do their homework in evaluating the closures for the maintenance of sterility, in performing proper testing to ensure that they’ll have the barrier they need, and perhaps in reengineering outer shelf containers or multiple containers to keep these devices in usable condition.”

Curt Larsen kept medical device packaging engineers on their toes with such no-nonsense advice for decades. He was known and respected for sharing such practical perspectives, and the above quotes are just a few of those found in the pages of Pharmaceutical & Medical Packaging News and MD+DI over the years. As a long-time editorial advisory board member of PMP News, Larsen shared his enthusiasm for medical packaging in countless roundtable discussions and features. (The last quote above is from MD+DI, which counted him among the 100 Notable People in the Medical Device Industry in 2004.)

Larsen was known for more than just his deep knowledge and spirited advice. He was one of the original forces behind the development of ISO 11607, along with John Spitzley, Hal Miller, and Mike Scholla. PMP News reported that AAMI Working Group (WG) 7, Packaging, formed in 1992 within the U.S. Technical Advisory Group (TAG) for ISO Technical Committee (TC) 198; under the guidance of the first co-chairs Larsen and Spitzley, a draft of major portions of what now forms Part 1 of the two-part standard ISO 11607-1:2006 and -2:2006 was brought forward. The final balloted standard was published in 1997. Years later, ISO 11607 was recognized by FDA as consensus standard.

“The whole ISO 11607 effort started in 1992. It just seems like yesterday. It really was a cornerstone document for our industry and still is—even more so today,” Larsen told us in 2013.

AAMI later developed Technical Information Report (TIR) 22 as a companion guidance document for ISO 11607. “We were successful in seeing a greater adoption of the work that John Spitzley, Hal Miller, Curt Larsen, and Mike Scholla did in formulating the original 11607 documents,” Nick Fotis, who cochaired AAMI TC 198 Working Group 7 on Packaging for several years and oversaw a major revision to TIR 22, told PMP News in 2013.

Says Mike Scholla: “Curt’s efforts in standard and test methods over the last 35 years had a huge impact creating the medical packaging community that exists today. He was a good friend and colleague and I will miss him.” Scholla is currently global director, regulatory and standards, DuPont Medical and Pharmaceutical Protection.

Over the years, Larsen played key roles in ASTM Intl., AAMI, and AdvaMed, in addition to ISO WG TC 198, contributing to the advancement of the science behind sterile barrier systems development and validation. He continued to encourage a greater understanding of ISO 11607 and other resources and didn’t hesitate to point out areas of misunderstanding. In 2011, for instance, he pointed out that “people are still subjecting the same package samples to both aging studies and performance testing. These are two separate endeavors, clearly spelled out in ISO 11607 as well as in the ASTM F1980-07 Standard Guide for Accelerated Aging of Sterile Medical Device Packages.”

Larsen and Spitzley also reinvigorated IoPP’s Medical Device Packaging Technical Committee, holding what Larsen called a “revival meeting” at Pack Expo Intl. in 2002. “This committee gives us a forum to disseminate a lot of information on industry developments. We are also trying to give members an area where they can share nonproprietary information about materials and equipment. Education is our underlying goal,” Larsen told us in December 2003.

Together Larsen and Spitzley spent much of their time helping companies “repair self-inflicted wounds,” they told PMP News in 2014. In some cases, companies are “over testing” and experiencing some sort of failure in the lab, but there have been no problems with products on the market nor any field complaints, Larsen said at the time. “Many don’t know what they should be doing when testing or validating package designs. [For instance,] they may be over testing in climatic testing programs, testing a package for a week when the distribution cycle is only a couple days,” he says.

Most recently, Larsen participated in the panel discussion “Overcoming the challenges of medical plastics recycling, at MD&M Minneapolis/Minnpack/Plastec Minneapolis 2017, which explored how packaging engineers could help hospitals and other stakeholders overcome recycling challenges. “There may be things we can do as packaging engineers,” he mused. For instance, “What can we do to help end-users recycle packaging?”

Having covered medical device packaging for more than 20 years, I have spoken with Larsen countless times, and each time deepened my appreciation for the critical role played by the sterile barrier system. I will miss seeking and sharing his advice, just as much as you will miss reading it.

How Can We Streamline Stability Testing for Medical Packaging?
Aug 05, 2022