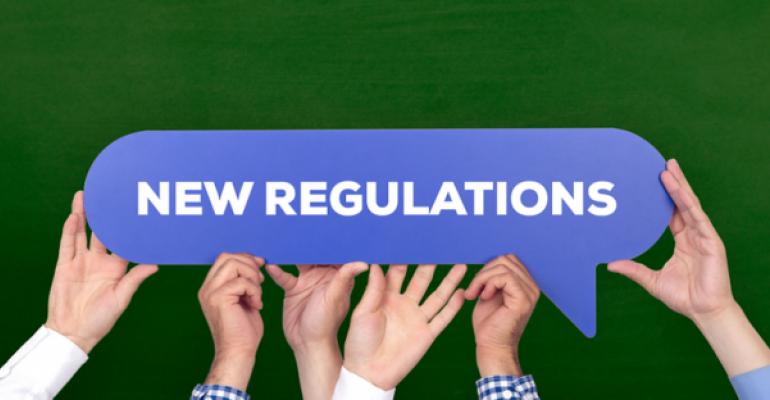 Medical device regulations are changing around the world, and many of the new expectations will impact packaging, say experts. Many of the changes encourage the development of packages that help end-users ensure the safe use of sterile medical devices.

“In the last two years, we have seen a number of new regulations emerging,” explained Thierry Wagner, DuPont’s regulatory affairs director—Europe, Middle East & Africa, in the Webcast, “Speed Up Your Compliance Process—With Help from DuPont Tyvek.” While Wagner mainly discussed the European Union’s new medical device regulations and their influence on packaging, he also explained changes in other regions as well as revisions to ISO 11607 and ISO 13485.

To help MDMs prepare documentation for their product regulatory submissions and certifications, Nicole Kaller, application & package engineering specialist—Europe, Middle East & Africa, shared a number of tools provided by DuPont. She introduced the publication of a new Technical Reference Guide to Transition Tyvek 1073B, Transition Tyvek 1059B, and Tyvek 2FS, which builds upon the previous guide to what is now called “Legacy Tyvek.”

Before writing the new guide, DuPont conducted a targeted industry survey to capture users’ preferences and major requirements. “Our objective is to help you develop and validate the most appropriate packaging solution with Tyvek, fast and efficient,” Kaller told the audience.

The work of the GHTF has been picked up by the International Medical Device Regulators Forum (IMDRF), a voluntary group of medical device regulators from around the world including Australia, Brazil, Canada, China, Europe, Japan, Russia, Singapore, and the United States. “The objective [of the IMDRF] is to accelerate international medical device regulatory convergence,” he explained. “In many ways, the work of the IMDRF and of the GHTF is having an increasing impact now, because all of these regulations above are more or less aligned with the guidance documents.”

The EU regulations build upon harmonized standards and will introduce new instruments such as Common Specifications and Delegated Acts, Wagner said. There is also “quite some meat” in the regulation’s annexes, he said, detailing some of the new expectations in the Webcast.

Wagner also described changes to ISO 13485 and ISO 11607. For instance, the revision of ISO 13485, published in 2016, now covers the life cycle of the device, including sterile barrier systems, storage, distribution, and disposal, and it has increased the focus on “work environments” for sterile items, he explained.

He also shared several of the suggested revisions to ISO 11607, which will be open for balloting until December 2017. Among the changes are sections on evaluating the ability of the sterile packaging to allow for aseptic presentation and on visual inspection of sterile barrier systems before aseptic presentation, he said.

Such regulatory changes could impact packaging and labeling, particularly the expectation that the integrity is evident to final users. Providing an example, Wagner pointed to the labeling of double-barrier or double-entry packaging so that users can recognize the sterile barrier system(s). “Whoever came up with the requirement really had a point,” he said. “The question is, where is the sterile barrier system in the case of double-entry packaging? Is there one or two validated sterile barrier systems? How do you label?” Wagner asked. One potential solution is a symbol proposed by the Sterile Barrier Association, which he shared during the Webcast.

DuPont recognizes the impact all the changes will have on existing validations as well as packaging design and labeling, Wagner said. “We would like to help where we can, so we have developed tools to help,” he said.

DuPont has been gathering a lot of packaging data thanks to the extensive Medical Packaging Transition Project (MPTP) studies, Kaller told the audience. “During this project, which took the industry several years, we collaborated with many medical device and also sterile packaging manufacturers on a global level. This definitively gave us a better understanding of the kind of data you need and how best to present that data,” she said. “We produced a lot of new documents and tools using all this new data and information.”

Kaller then detailed the DuPont Tyvek Technical Reference Guide, which includes application guidances and guidelines on printing, bar coding, converting, and other process. The tools can help users with risk assessments and troubleshooting to optimize sealing processes and determine fiber tear. Such documents could assist manufacturers as they work to satisfy new regulatory requirements.

A number of audience questions were answered during the Webinar, including questions on validating coated Tyvek, the timing of real-time aging reports in the MPTP, why usability requirements impact packaging design, recycling, and more. To hear their answers, please view the on-demand webcast here.

And for more details on the EU regulations, please see our white paper here.

How Can We Streamline Stability Testing for Medical Packaging?
Aug 05, 2022