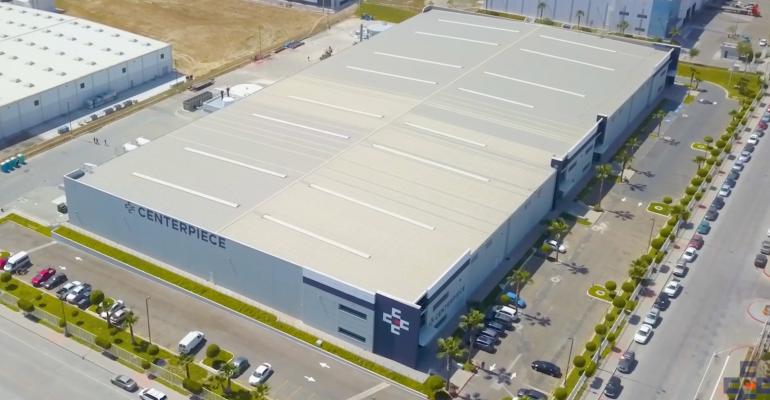 Matt Jordan, Centerpiece CEO, says that the company’s mission and vision is to be among the cleanest, safest, and most operationally efficient EO sterilization facilities in the world. Toward this end, Centerpiece chose Getinge for its sterilization processing chambers and partnered with LESNI for its emissions control technology.

“Tijuana has substantial access to skilled labor and engineering resources, and a long history of producing medical device products,” says Jordan. “Importation of goods into the United States is efficient, and a new port of entry will become available in 2024.”

One-stop shop for packaging and sterilizing.

Fortunately, Centerpiece was already prepared for growth when the facility first opened. Acting on the advice of its strategic financial partner PiSA, a pharmaceutical and medical device company based in Guadalajara, Mexico, Centerpiece installed the infrastructure for future expansions. Jordan also serves as president of PiSA USA, the US commercial arm of PiSA.

In addition to offering sterilization services, Centerpiece has a nearby contract manufacturing facility with cleanroom assembly and sterile-barrier packaging capabilities, including bar sealing, tray sealing, form-fill-seal packaging, and high-volume foil flow wrapping. Packaging operations range from pick-and-place to complex kitting and occur primarily inside the cleanroom.

“Most contract manufacturers advertise they produce finished devices. That’s misleading because a medical device shouldn’t be considered finished until it’s sterile and ready for use,” Jordan explains. “By linking contract manufacturing to EO sterilization, we can serve as the operational centerpiece of a medical device supply chain and truly provide our customers with finished product.” 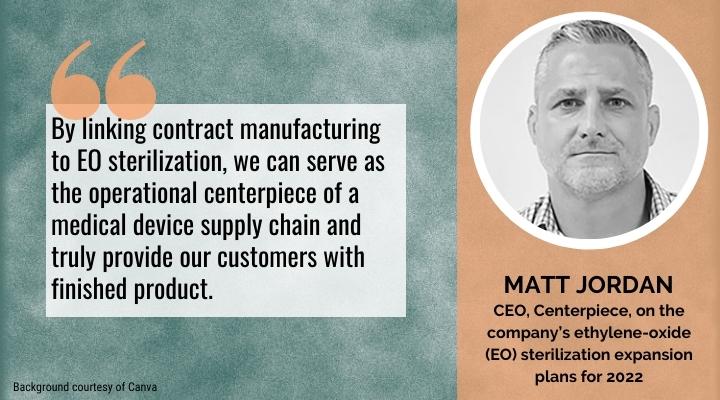