Photo supplied by The Coca-Cola Co. 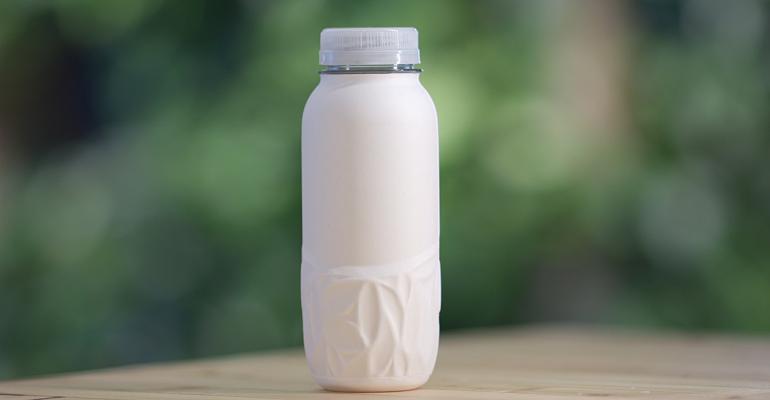 Paper-based bottles have been making sustainability and beverage packaging headlines in recent months, with brand owners such as Carlsberg, Coca-Cola, L’Oréal, and Pernod Ricard’s The Absolut Co. developing paper bottles for alcohol and non-alcohol drinks (see the packages in the slideshow).

Organoleptic testing plays an important role in their development efforts. Using taste tests, brand owners and their packaging suppliers can determine how well the package protects beverages from flavor degradation.

Here is a status report on two projects already in the works:

Coca-Cola, Carlsberg Group, L’Oréal, and Pernod Ricard’s Absolut are all part of the Paboco paper-bottle project. As a supplier and R&D partner, Paboco conducts organoleptic testing in collaboration with its clients and is not at liberty to comment on their research or test results.

However, Absolut confirms that it is conducting organoleptic testing on its own paper-bottle prototype. Absolut’s bottle includes an outer paper component and an inner barrier layer of recycled polyethylene terephthalate (rPET) film. The first products to be filled into this paper bottle are Absolut Vodka and Absolut Mixt, both of which are alcohol beverages.

“Laboratory testing is critical, as it ensures the taste profile of the product/liquid does not change over time. We also want to speak directly to consumers to understand their perceptions of this new and innovative form of packaging. Some of the questions we’ll aim to understand through consumer testing will include knowing what kind of beverage/taste/experience consumers are expecting from this new packaging, and what kinds of occasions they feel the product would be suitable for,” Appelquist says.

“We’ll also be interested to find out if they feel there was anything missing from the bottle or if any expectations weren’t met. And finally, we hope our consumer feedback will inform how the design of the bottle and its contents fit together in a final product,” he concludes.

Absolut’s consumer testing started in Fall 2020 and is expected to culminate in a report at the beginning of 2021.

Coca-Cola’s paper-bottle prototype, announced in October 2020, is in development at the company’s R&D lab in Brussels, Belgium. The prototype features a paper shell with a 100%-recycled plastic closure and liner; however, the company’s goal is to create a paper bottle that does not require a plastic liner.

A Coca-Cola spokesperson reports that the research team in Belgium has “not yet conducted organoleptic testing on the paper-bottle prototype. However, we intend to test this and many more aspects of the paper bottle in the coming months.”

Additional testing will focus on the paper bottle’s strength, how well it protects beverages filled into it, and how the package performs when chilled.

A different paper-based bottle, from Ipswich, UK-based Frugalpac, also has been the subject of organoleptic testing. This 750-ml package has a paper-based shell and a plastic, food-grade liner. It was created to hold wine or spirits.

The Frugal Bottle is further along commercially than the Absolut and Coca-Cola paper bottles. 3Q wine, from Italian winery Cantina Coccia, is the first wine to be sold in the Frugal Bottle in brick-and-mortar stores. A Scottish retail chain began selling 3Q in the paper bottle in Scotland in November 2020.

“Frugalpac carries out organoleptic assessment on all our sustainable packaging. For the Frugal Bottle, this was conducted during shelf-life testing, using industry leading test house Campden BRI. No negative observations relating to taint from materials were observed across two separate trials, which were conducted with a sensitive white wine,” says John-Paul Grogan, product manager at Frugalpac.

“Frugalpac ensured organoleptically neutral materials were chosen as part of our selection process,” Grogan adds. “We have also seen some fantastic results using vodka, where the sensitivity panel was unable to distinguish between product stored in glass or in Frugal Bottle materials.”

Grogan concludes, “Organoleptic testing is really important to our customers, and we will continue to use it as we see the Frugal Bottle develop into new beverage markets.”