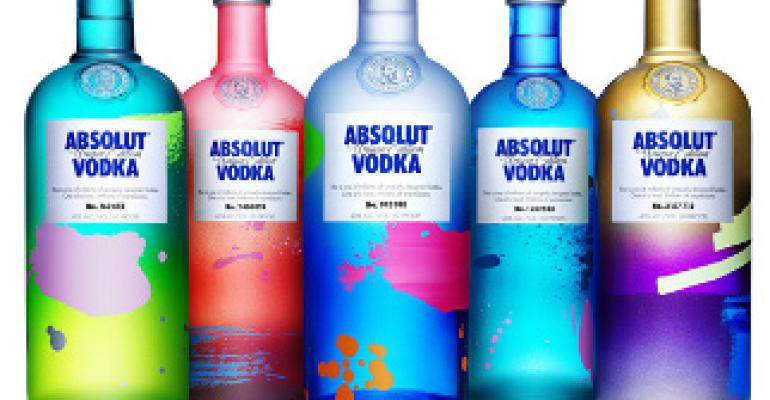 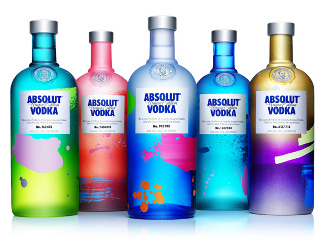 Absolut Unique, a daring concept that has challenged the whole team behind the world famous brand and its packaging, including the bottle's manufacturer Ardagh Group, is a limited edition of nearly four million uniquely designed and individually decorated bottles.

Each bottle in this vibrant and eye catching collection has a different color coating and pattern as well as its own unique label number, giving consumers an opportunity to choose a truly personalised and individually packaged product.

For Ardagh's team at its glass plant in Limmared, Sweden, the success of the project can be regarded as one of the innovation high points in its long-standing relationship with Absolut, stretching the creative and technical ingenuity of both teams and their suppliers to the extreme, and capitalising on their close working relationship.

The development team soon realised the extreme challenge of the project brief ; namely the need to adapt a decoration process that had been engineered to minimise design variation into something that needed to deliver the exact opposite.

Fredrik Källqvist, development manager glass Sweden & Denmark at Ardagh Group explains: "After a few meetings and brain storming sessions we developed a computerised valve and control system to automatically and continually change colors and spray patterns on the bottles. We also came up with a system to randomly add contrasting 'color splashes' to the bottles during the coating process.

"We further introduced new functionality on the screen printing machine for randomising the print start for each printing station in the machine. We also created a screen and color changing scheme for the screen printing process balancing variation and productivity, and established systems to mix the bottles during and in between the process steps to further increase variation."

The effort and dedication to delivering a striking end result was shared between Ardagh and The Absolut Co.

"Absolut Unique is a daring concept, even for a company as passionate about creativity as Absolut," says Jonas Tåhlin, vp, global marketing at The Absolut Co. "Anyone can do one or two unique products but we're making close to four million," he adds.

"Our customers are all unique," continues Tåhlin, "so we wanted to give each of them a ‘one of a kind' bottle to reflect their individuality. We loved the concept. Making it happen was the hard part. Along the way we doubted whether this would be at all possible. Well, guess what? It is."

Watch the behind-the-scenes film at: www.youtube.com/absolut. "The only thing they have in common is they're all beautiful," Tåhlin says.