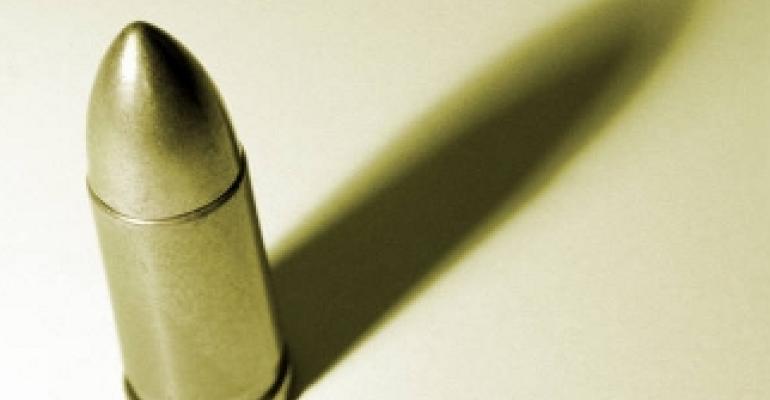 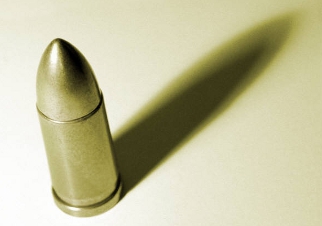 The new system is being developed for the Project Director Joint Services in support of the Program Manager for Maneuver Ammunition Systems. It could save considerable cost by using lightweight and inexpensive plastic packaging materials with a design that will allow for automated packing at the ammunition manufacturing plant, says Dan Klein, an engineer with ARDEC's Packaging Div. who serves as the program lead.

The engineering teams are combining ARDEC's expertise in munitions, packaging and logistics with NSRDEC's proficiency in laminate engineering and packaging science to design prototypes as a potential replacement.

"NSRDEC's expertise in packaging Meals Ready-to-Eat is very useful because a lot of the requirements overlap," Klein says. "The end goal for both food and ammo is preservation, and you have to design for a lot of the same things."

Materials engineer Dr. Chris Thellen of Combat Feeding Directorate, Advanced Materials Engineering Team, is leading the effort on NSRDEC's side in collaboration with the Combat Ration Team in CFD. He says CFD's skills complement those of the ARDEC engineers in developing a solution for Soldiers' needs.

"Our expertise and experience in plastics and polymer technology, especially in the areas of high-barrier food packaging and high-performance film technology, allow us to design items such as this ammunition packaging," Thellen says. "We have several engineers on our team with backgrounds in plastics engineering and packaging science, so it really is a perfect fit for us and for this collaboration to work alongside other highly respected government facilities on a common goal."

The new design incorporates puncture-resistant plastic packaging with high-moisture barrier properties to protect ammunition from atmospheric moisture that could degrade performance of the rounds, Thellen says.

Klein says the partnership began as employees from ARDEC's Packaging and Future Concepts divisions visited NSRDEC to learn about its capabilities and look for potential collaboration opportunities. The teams then merged their respective areas of expertise to begin work in May 2012 on the improved packaging system.

Natick engineers are leading the design aspects for determining which materials have the best puncture resistance and water vapor transmission rate, as well as evaluating different methods for manufacturing the packaging on a large scale at an ammunition plant.

ARDEC's Packaging Div., which is responsible for designing, maintaining and improving ammunition packaging for the Army, is coordinating the program requirements, logistics, effects on transportation, and gathering feedback from the Army's ammunition community and Soldiers.

Soldiers currently receive the bulk of 5.56-millimeter ammunition as 10-round clips consolidated in fabric bandoleers that add $7 to $8 to the cost of the packed out M2A1 container. The fabric design also makes automated packaging a labor intensive process, Klein says.

A bandoleer that holds 120 rounds of 5.56-millimeter ammunition costs $1 to $1.25 each, while the plastic variant will cost much less and hold the same amount, Klein says. Based on bandoleer production numbers for the next five years, the program could save more than $2 million annually.

The bandoleer fabric also uses a lot of the available volume in the container that could hold additional ammunition. Replacing it with plastic frees enough space that the number of rounds per container could increase from 840 to 1050.

An additional benefit is ammunition distribution, Klein says. By adding perforations between each 30-round pouch, a Soldier can tear off as much ammunition as necessary for the mission. A Soldier is currently forced to improvise during this situation.

The project has been presented to the U.S. Army Combined Arms Support Command for user input.