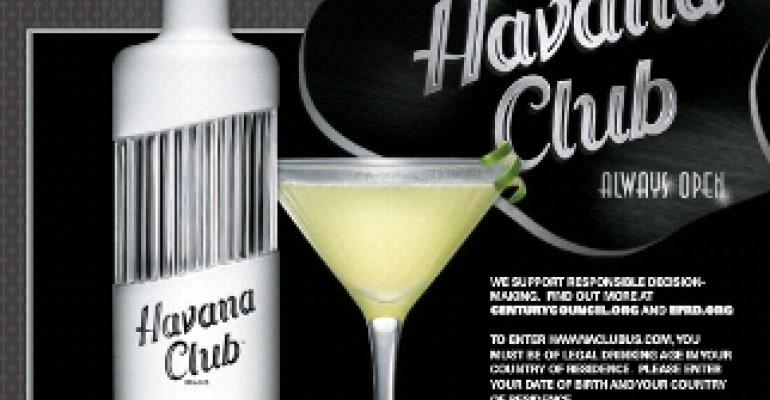 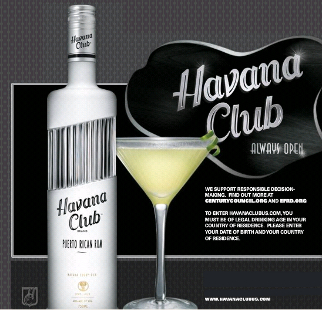 "Bacardi USA commends the Appellate Court's decision which reaffirms that Bacardi has accurately portrayed both the geographic origin and the Cuban heritage of our Havana Club rum. The Bacardi Havana Club rum is based on the original Cuban recipe from the creators of the brand, which was legally purchased by Bacardi and is now produced in Puerto Rico," says Robert Furniss-Roe, regional president, Bacardi North America. "This is yet another Court decision supporting Bacardi's legitimate right to use the name Havana Club for Puerto Rican rum with a prominent statement of origin on the packaging."

Specifically, the Appellate Court stated that "no reasonable interpretation of the Havana Club label as a whole could lead to the conclusion that it is false or misleading."

Accordingly, the Court upheld that there was no need to even consider Pernod's flawed survey evidence.
To date, Bacardi has won all U.S. court cases relating to Bacardi's marketing of Havana Club rum and its legitimate rights to use the Havana Club trademark and brand.

On Apr. 6, 2010, the Wilmington, DE, District Court ruled that the origin of Bacardi's Havana Club rum is geographically accurate as the bottle clearly states Puerto Rican Rum and that it is based on the original Cuban recipe as created by the family of Jose Arechabala. The Court also reconfirmed that "the Cuban government expropriated the Arechabalas' business without compensation." The appeal of that decision was argued in the U.S. Court of Appeals for the Third Circuit on Feb. 9, 2011.

The August 2011 ruling affirmed the District Court's "carefully reasoned" decision, saying "the Court found that the Havana Club brand name reflected the Cuban heritage of the rum's recipe." The Appellate Court also stated that the packaging is "factually accurate" and "unambiguous" concerning the geographic origin of Havana Club rum. The Court added "no reasonable consumer could be misled by those statements and the rest of the label does not put those statements in doubt."

"Discerning consumers want premium spirits with authenticity and are very savvy when it comes to products they enjoy. They are not easily misled or confused," adds Furniss-Roe.

Bacardi purchased the rights to the Havana Club trademark from the creators and original owners, the Arechabala family, who made their rum in Cuba from the 1930s until 1960 and exported it to the United States and other countries until their rum-making facilities and personal assets were seized without compensation during the Cuban revolution.

Havana Club rum was re-launched by Bacardi USA in the United States on August 8, 2006, and is based on the original recipe created in Cuba in the 1930's. Available in Florida in limited quantities, and appealing to astute and adventurous palates, Havana Club rum is an ultra-smooth, clear, premium spirit, distilled and finely crafted in Puerto Rico following the original recipe given to Bacardi by the Arechabalas. With stunning packaging that combines elegant 1930's details with a contemporary silhouette, the Havana Club bottle artfully brings together the past and the present. The acid-etched bottle—which clearly states in bold, black lettering that the rum is Puerto Rican rum—is encircled by art-deco fluting and a retro typeface that recalls Havana in its heyday. www.havanaclubus.com