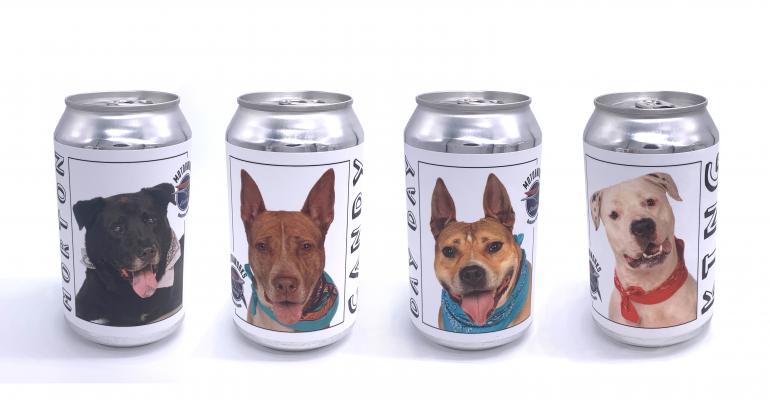 A touching tale of Motorworks Brewing’s beer can labels for a good cause that went viral and found homes for shelter dogs.

To put it mildly, Motorworks Brewing of Bradenton, FL, is a dog-friendly company.

“Collectively, ownership and staff own a lot of dogs,” Barry Elwonger, director of sales and marketing, tells Packaging Digest. “We’ve done something monthly for dogs over the six-and-a-half years we’ve been in business.”

For example, the brewer has a dog obstacle course and struck a wonderful relationship with the local Manatee County Animal Shelter. Also, “our awesome Beer Garden is both people- and dog-friendly,” notes Elwonger.

You get the idea. 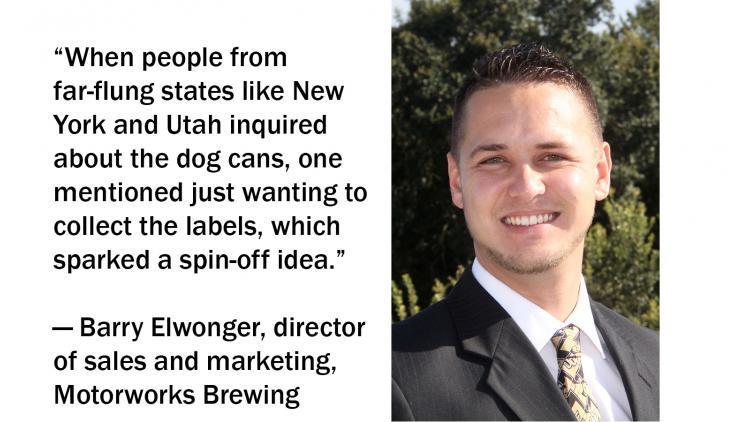 On January 19 the brewery went a step further when it introduced a special series of four cans called Adoptable Dog Cruiser Label 4-Pack, or “The Four Packs” for short.

Each can boasts the large portrait of an actual shelter dog on the front, and on the back along with the required text is information about the shelter, as well as the dog bio and identification number.

While the brewer’s popular larger-volume standard brews are packaging using preprinted cans from Ball Corp., one-offs and limited-edition brews are decorated with pressure-sensitive paper labels from Bay Tech Labels for use on brightstock cans. Because Motorworks has been a customer for years and this was such a worthy cause, the supplier donated the labels. Motorworks credits photographer Gary Sweetman for the pooch portraits.

The Four Packs was a highly limited-edition that was sold on-premises only. However, it not only struck a chord with local customers, it turned out to be much more than that.

In fact, The Four Packs went viral after they gained a foothold in social media and rapidly spread out from there in reaching the publicity-generating power of major media outlets including CNN, Good Morning America, The Ellen Show, USA Today and others.

If you watch or read just about any mass media, you may know the story.

But if you’re like me, you missed all that hoopla. I had no inkling until I read the business section of a recent weekend print edition (yes, print) newspaper. The one-paragraph item with small photo reported the program helped a St. Paul, MN, woman who saw the coverage and recognized one of the dogs. She reunited with a terrier she owned, Hazel, who had gone missing three years ago when she lived in Iowa. How the dog ended up in a Florida shelter remains a mystery.

When people from far-flung states like New York and Utah inquired about the dog cans, one mentioned something to Elwonger that sparked a resourceful spin-off idea. “He just wanted to collect the labels.”  Motorworks then offered for direct sale for $5 each of the 100 sets of the four labels that were leftover after the run, which quickly sold out.

It’s not all about dogs. In October, the brewer released a lavender ale, typically a spring offering, to support breast cancer. 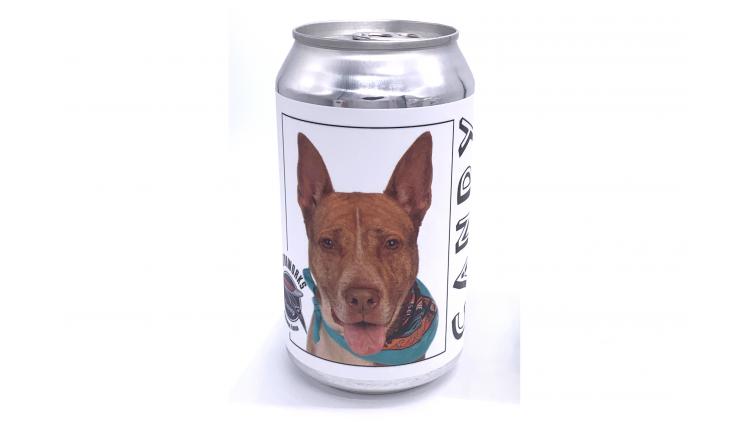 As to the rest of the dogs’ tale: I’m happy to report that three of the four featured dogs found a home. The unclaimed fourth, Candy, gets the top-dog treatment in the next limited edition Elwonger has planned: A six-pack set for wider distribution throughout Florida, in which she will be appear prominently as the lead dog.

I expect there will be a happy ending to her story, too, which like most happy endings is also a happy beginning.