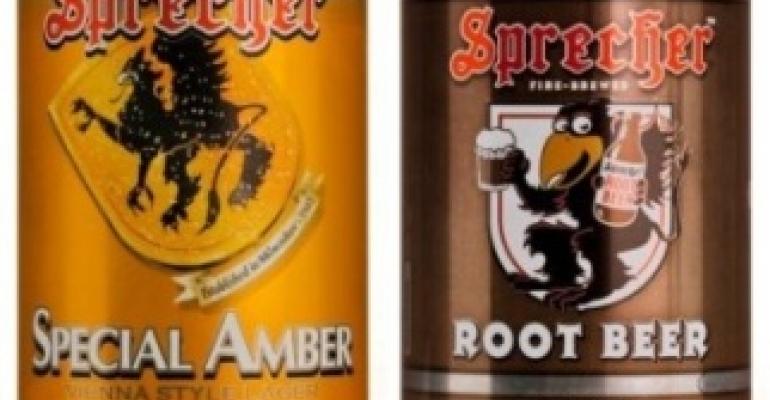 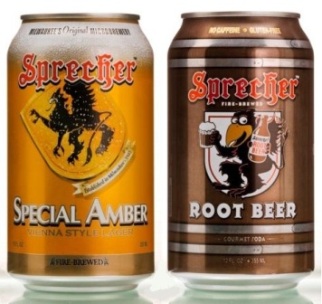 Beverage cans help expand drinking occasions for beer-loving consumers, in part because they are often permitted in outdoor venues such as resorts and golf courses where glass bottles are prohibited. The move to metal packaging has allowed Sprecher to reach key customer targets and has resulted in a clear growth in sales since the initial launch.

Crown worked closely with Sprecher during the transition process. Since Sprecher had no prior experience designing graphics for metal, Crown provided strategic counsel both in terms of color and imagery. In addition, since the cans were manufactured in Crown's LaCrosse, Wisconsin facility, the partnership provided Sprecher with the opportunity to support the local economy and reduce its environmental footprint by sourcing cans from nearby. But sustainability benefits do not end there. Beverage cans are also 100% recyclable, infinitely recyclable and block light and oxygen, helping lock in the unique flavor of Sprecher's beers and preventing product spoilage.

Sprecher also leveraged the new packaging format to celebrate the 25th anniversary of state tourism company Discover Wisconsin, featuring a unique design that incorporated the organization's logo. Sprecher's Special Amber was packaged in the decorative can, which was made possible thanks to close collaboration between Crown, Sprecher and Discover Wisconsin to ensure that the original graphics and logo were clearly and accurately represented on the metal. Nine thousand cases of the commemorative can were distributed throughout the state at the start of the summer of 2012, marking it the single largest distribution of a craft beer in cans in Wisconsin at one time.

"I'm pleased to say our relationship with Crown has really been a partnership," said Jeff Hamilton, President of Sprecher Brewing Company. "Crown played a critical role for us from the early stages of transition all the way to launch. But more importantly, they understand our needs as a craft brewery and have provided us with flexibility when it comes to order sizes."
Sprecher brands are currently sold in 27 states nationwide.