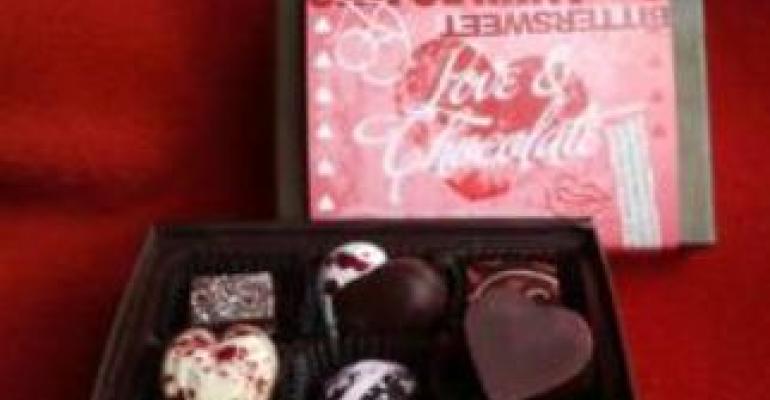 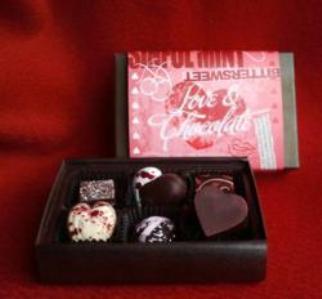 Valentine's Day is one of the busiest days of the year for U.S. candy makers, particularly for chocolate businesses which sell more than a billion dollars' worth of sweets for the nation's sweethearts, says Pam Williams, founder of Ecole Chocolat, Professional School of Chocolate Arts.

And although the first box of Valentine's chocolate was reputed to have been offered by British chocolatier Richard Cadbury in 1868, many of today's chocolate connoisseurs look to the passion and creativity of artisan chocolatiers such as Beth Tulley of Wichita, Kansas and Diane Pinder of Cranford, N.J. to help fill some of the 36 million boxes of the dark stuff the National Confectioners Association says will be sold to express love and appreciation in the U.S. on Feb. 14.

U.S. sales of chocolate are expected to exceed $19 billion in 2014, up from $16 billion in 2006, according to Rockville, MD-based Packaged Facts, a market research group. Of that, premium chocolate will account for 25 percent of sales in 2011, up from 17 percent five years earlier.

Both Tulley and Pinder are Ecole Chocolat graduates who left successful careers to pursue a passion for fine chocolate. Tulley, owner of Cocoa Dolce Artisan Chocolates, says Valentine's is an anomaly with respect to her customer base. "Our core customer is female, but during the Valentine's Day rush (the week prior to the 14th), our customer base switches to more than half men," she says. "On Valentine's Day itself, the store has a line out the door of men who waited until the last minute and with panic in their eyes are hoping there are still chocolates available for their sweethearts!" says Tulley, who originally trained as a speech therapist and went on to build a successful career in sales at a Fortune 500 company before launching Cocoa Dolce in 2005.

Pinder, a former critical care nurse who has received favorable coverage for her chocolates in the New York Times and NBC Today Show and whose chocolates are currently carried by Whole Foods Market and some specialty shops in the East, developed her style of chocolate making while on an Ecole Chocolat master's program in Italy. Her Donna Toscana Tuscan Style Chocolates and CocoaBee Exceptional Chocolates include unusual flavour combinations such as hibiscus caramel, rose pistachio and absinthe.

"I am known for combining exotic flavors. . .One of my customers who considers himself a real chocoholic and buys all different brands has developed his own set of categories for chocolates. He's placed mine in the 'intriguing' category. I appeal mostly to real foodies, who enjoy natural ingredients and the use of locally sourced product," says Pinder.

Tulley, meanwhile, has seen her business thrive and expand in the six years it's been open, despite an anemic economy. "Many individuals find that they still want to allow themselves the occasional indulgence," says Tulley. "Artisan chocolate is an affordable luxury treat that can be enjoyed without breaking the bank."

According to NCA, the giving of chocolates as a token of love is about equally divided between the genders. In fact, although most women love getting both chocolates and flowers, men overwhelmingly prefer chocolates over flowers.