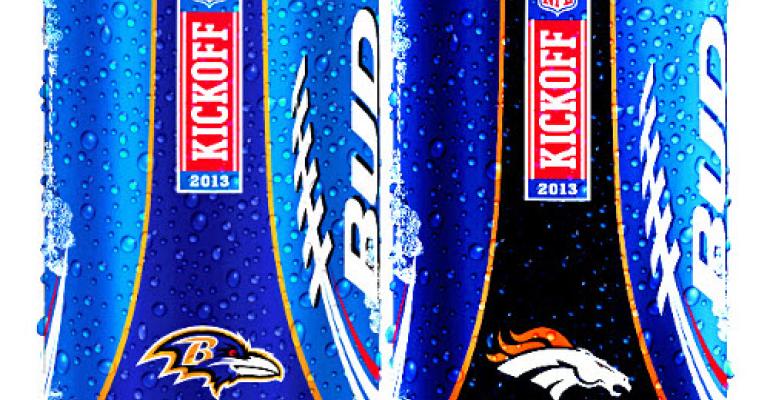 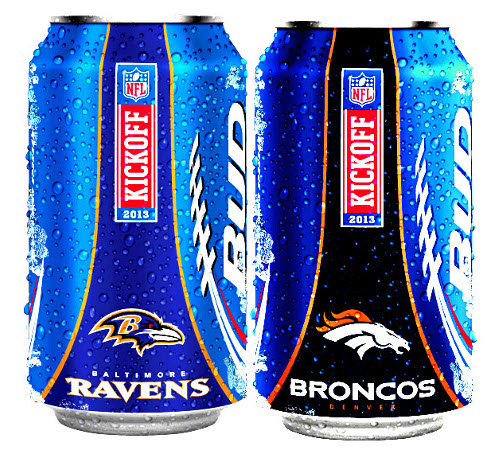 Bud Light, the official beer sponsor of the National Football League, is once again pairing the nation's most popular beer and most popular sport for a fan-centric campaign that will include new TV creative and NFL- and team-specific packaging.

In addition to serving as the official beer sponsor of the NFL, Bud Light has local sponsorship agreements with 28 of the 32 NFL teams. The brand will celebrate the start of the season by unveiling special packaging to help fans get into the NFL spirit. Bud Light cans feature the NFL Shield, and team-specific cans are available in 28 markets. Commemorative glass bottles and aluminum bottles of Bud Light will also feature the NFL Shield, and secondary packaging will feature similar elements.

More than 11 million cases of Bud Light will feature the marks of the National Football League and 28 of its 32 teams, totaling more than 264 million cans and bottles nationwide.

Bud Light's new TV campaign, "Dilemmas," is an evolution of last year's popular "Superstitions" campaign and will document the origins of superstitions. The spots explore the tension between fans' beliefs that they affect the outcome of a game and the practicality of continuing their new-found superstitions. "All Time," an anthemic spot that sets up the "Dilemmas" campaign, debuted during the pre-season, with four new TV commercials to air during the regular season, beginning with "Quinoa" during Kickoff weekend. The commercials, created by Translation, will include 30- and 15-second versions, each ending with the popular tagline "It's Only Weird If It Doesn't Work."

"Our goal is to do everything we can to enhance the NFL fan's experience," says Rob McCarthy, vp, Bud Light. "We know how fans think, and we understand that football becomes front and center in their lives from Kickoff weekend until the Super Bowl. Whether fans are watching at the stadium, at home or in a bar, and we're proud to celebrate football fans' passions for the game."

As part of its local partnerships, Bud Light will to host tailgates in each city, and select events will feature Bud Light Build-A-Bars and photo and video kiosk stations. Fans in Carolina, Denver, New York, Oakland, St. Louis and Tampa Bay will also see custom Bud Light six-pack recycling trailers rolling throughout tailgates to collect recyclables and encourage fans to keep their tailgate areas clean for the next game.

For more information on Bud Light's NFL sponsorship throughout the season, visit www.BudLight.com or www.Facebook.com/BudLight.