HomeTrends & IssuesPackaging DesignCan Good Packaging Save the Compact Disc? U2 Gives it a Shot
Recent
Trends & Issues
Best in New Food and Beverage Packaging
May 17, 2022
What’s Next in Digital Printing of Beverage Cans
May 17, 2022
Breaking News in Flexible Packaging
May 16, 2022
New Thermoforming Machine Optimizes Mono-Material Processing in Modular Design
May 16, 2022
NFT Packaging Opens the Door to the Metaverse
May 13, 2022
Scientists Detect Microplastics in Human Blood
May 13, 2022
Ingredients-Printed Cups Maker Ready to Grow
May 12, 2022
New Retort Pouch Contains Minimum 30% PCR
May 11, 2022

Can Good Packaging Save the Compact Disc? U2 Gives it a Shot 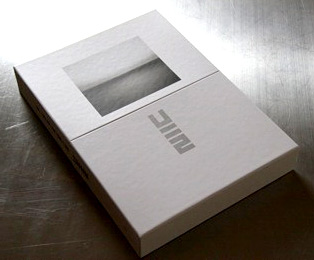 Is it possible for a good package design to salvage a dying recording medium? It’s a question worth asking.

The recording industry has been forehead deep in dung for decades. Paranoia, heavy-handedness, and general idiocy among the suits who run traditional music companies have destroyed much of the glory of the biz since its pre-1980s heyday.

Part of the issue has been an almost pathological fear of digital music downloads and what it will do to the music-industry’s beloved compact disc format. Despite the fact that there has always been a steady succession of dying formats in the music industry (remember LPs? Eight Tracks? Cassettes?) record company execs have long feared that digital downloads will be the end of the CD, which for ages has proven to be a cash cow.

And sure enough, that progression has indeed proven inevitable. CD sales are in the toilet and iTunes is now the largest U.S. music retailer.

But there is one novel approach to the issue. Why not sell a CD in a package so interesting that people might just skip the download and buy the genuine physical object instead? That’s exactly what pop superstars U2 have attempted with their latest album.

In addition to being a tasteful, very attractive piece of design, the box contains a number of different extras to entice buyers to get the CD instead of downloading it. Included are a hardcover book with interviews and insights on the making of the album, along with a poster, and a DVD of an Anton Corbijn film.

Pretty cool stuff. Hard to say whether it’s enough to break the plummet of CD sales, but if anyone can do it, U2 would probably be the ones to make it happen. Looking at the packaging, and knowing the power of these indefatigable ’80s icons, it might just work.

There’s an interesting article about the band’s new packaging — with more photos – in Fast Company magazine. Take a look.