Can you scale up production and please patients? 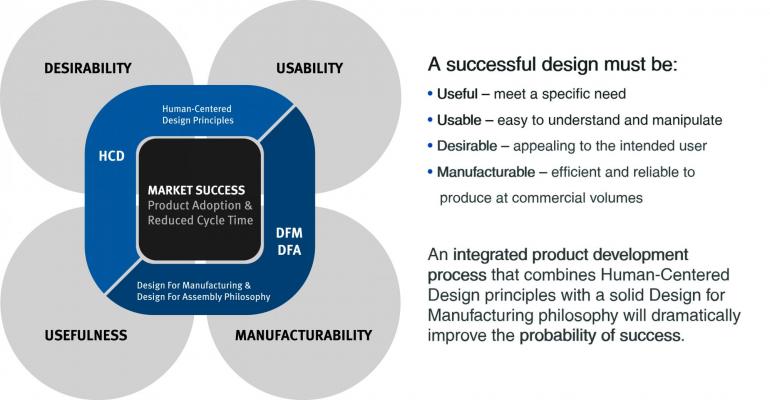 Developing a combination product from concept to market can take years, observes Bill Welch, chief technology officer and vice president of engineering for Phillips-Medisize Corp. So how can a company increase its chances for success? Come up with a design that is both desirable to patients and manufacturable, says Welch.

Welch will be exploring strategies that balance both aspects in “Integrated development and scale-up of combination products” at Pharmapack Europe on February 10 in Paris. He will share a case study examining what makes a device successful in terms of manufacturing and assembly as well as patient acceptance.

“Everything comes down to getting a better therapy in the hands of a patient,” says Welch. “A good device can help users adhere as well as avoid mistakes through simplicity and intuitiveness.”

However, you can have a great device, but it could still fail, he warns. Desirability must be balanced with manufacturability, which entails developing a design that allows production scale up.

Welch advises “minimizing part variation” and following Quality by Design principles. “Driving out variability allows you to scale,” Welch tells PMP News. Doing so allows “individual components and the assembly process to be easily replicated and scaled so that high volume is possible.”

While manufacturability is important for any product, there are complexities to combination products that bring unique challenges. For inhalation devices, for instance, there's “a high degree of interaction between the drug formulation and the device itself that impacts the aerosolization of that drug,” Welch points out. Device design decisions therefore need to be made early during product development before the product goes through clinical trials. “It’s different for a typical injectable drug, which could go through a clinical trial with a typical vial and syringe,” he says.

And because the device must be considered so early, so must design for manufacturing and assembly, he adds, stating that his case study will highlight such challenges.

Welch says that there are “tried and true methods for assembly and injection molding” that can promote manufacturability, for instance. But when asked whether they involve stock components, he says “its very tough to make stock components” for combination products.

It’s more about the “integration of disciplines, such as human factors and electrical engineering,” for instance, he says. “All have to be on the same page for manufacturing. I’ve seen a lot of innovation in inhalation devices—the use of electronics and electromechanics are critical to the function of the device.”

Also, “it takes a lot of upfront cooperation,” he adds.

A desirable, manufacturable device could be welcomed by the market. “Inhalation devices have the greatest potential for misuse,” he says. “Next-generation devices can sense breathing and can time drug delivery with it, even if shallow or faint. You can reach a group of patients who didn’t have such a device before, such as young children, unconscious patients, or the very ill.”

In addition to speaking, Welch will be on hand at Phillips-Medisize’s Booth #616 at Pharmapack Europe February 10-11.

Phillips-Medisize will also be exhibiting at MD&M West in Anaheim February 9-10 in Booth #3011.

Welch spoke about designing smarter and smaller drug-delivery devices before at Pharmapack North America in June 2015.