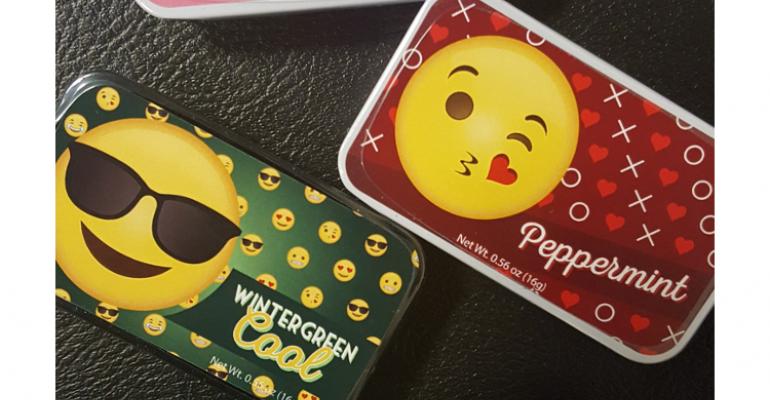 Each year, the National Confectioners Assn. invites big-box stores, small retailers and other professionals interested in the candy and snack business to its annual Sweets and Snacks Expo. Attendees get an eyeful (and, thanks to the samples plentiful around the show floor, a bellyful) of the latest sugary and savory edibles to hit the market, as well as some yet to hit shelves. As they stroll the aisles of Chicago’s McCormick Place exposition floor, they select items likely to bring big sales to their stores.

In addition to reflecting current and evolving consumer trends, the show displays notable packaging trends. Here are a few worth taking a closer look at.

Emojis everywhere
If you’re a frequent texter, you’re all too familiar with these clever little electronic icons—and if you’re not, ask a nearby teenager. These symbols aren’t just all over our smartphones—soon (judging by the wares on display at Sweets and Snacks 2016) they’ll be all over candy and snack packaging.

PEZ displayed a line of dispensers topped with smiling, winking and laughing faces, and AmuseMints showcased a range of breath mints in tin packages emblazoned with emojis—for sake of decorum, the pack featuring the notorious “poop” emoji is not shown. 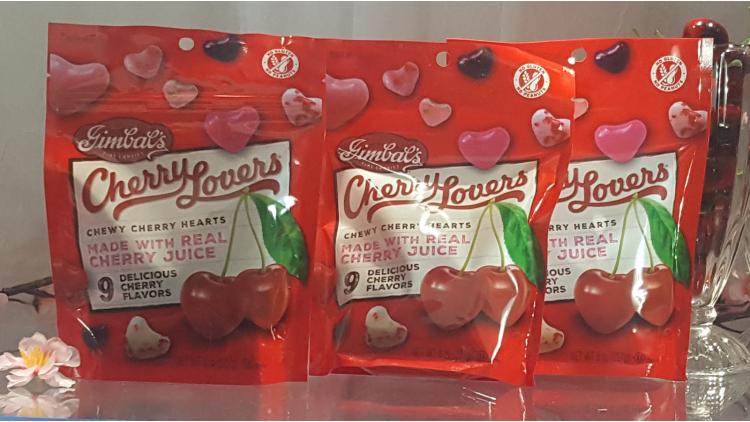 Pouch proliferation persists
Resealable upright pouches continue to gain favor with candy and snack manufacturers. Understandable, since the packaging stands out well on retail shelves, encourages sharing and keeps unused portions fresher better than conventional flexible packaging. This year, even old standby brand Gimbal’s, founded in 1898, is getting into the game, offering pouch package options for several of its product varieties. 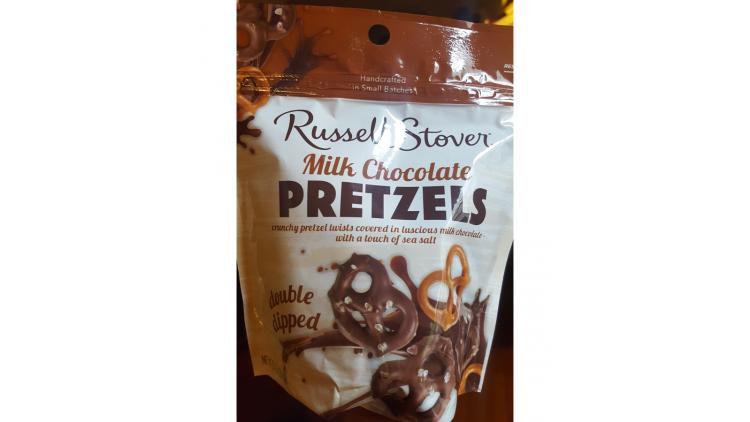 NEXT: Food packaged as playthings 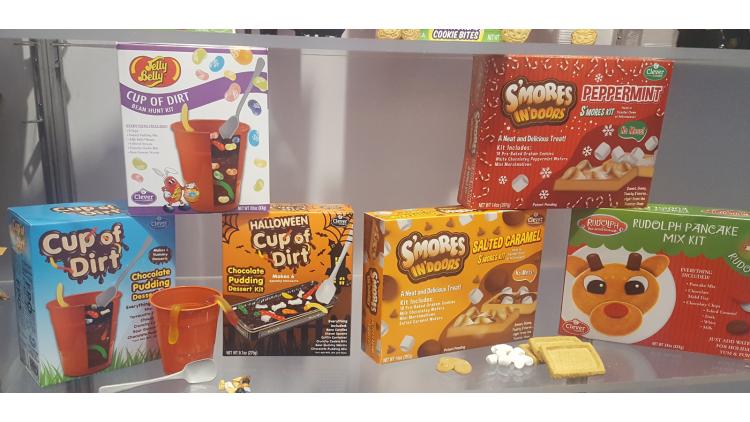 Food packaged as playthings
Your mother always told you not to play with your food. Increasingly candy packaging is encouraging kids to ignore Mom and have some fun with their edibles before they chow down. Clever Cookie offers a number of packaged kits that do just that—S’mores Indoors, which lets users get a taste of the campfire treat with the help of their toaster oven; Cup of Dirt, which mixes yummy snacks with yucky fun by throwing gummy worms into pudding “dirt;” and Bean Hunt, which encourages youngsters to dig for Jelly Belly jelly beans in a cup of pudding.

NEXT: Mix and match in just one pack 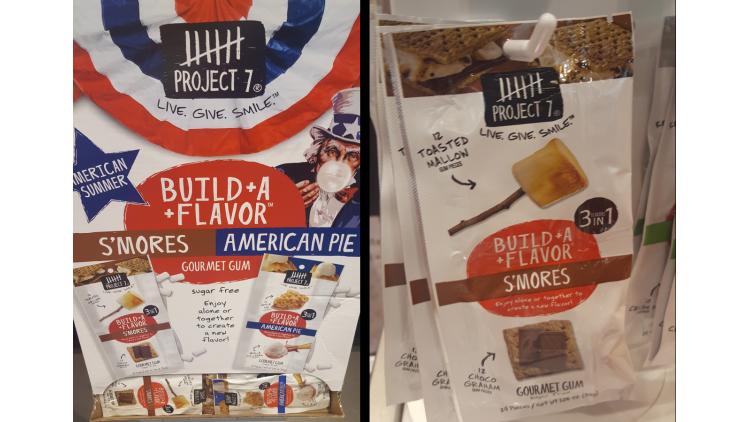 Mix and match in just one pack
Consumers frequently respond well to options, and interactive packaging features. Project 7 added some fun to its line of sugar-free gum products with packs that encourage consumers to mix things up and create their own sweet tastes. Each package offers two flavors—toasted marshmallow, for example, paired with chocolate graham; users can pick a piece of one or the other, or combine one of each to create s’mores.

NEXT: Looking for some hot stuff 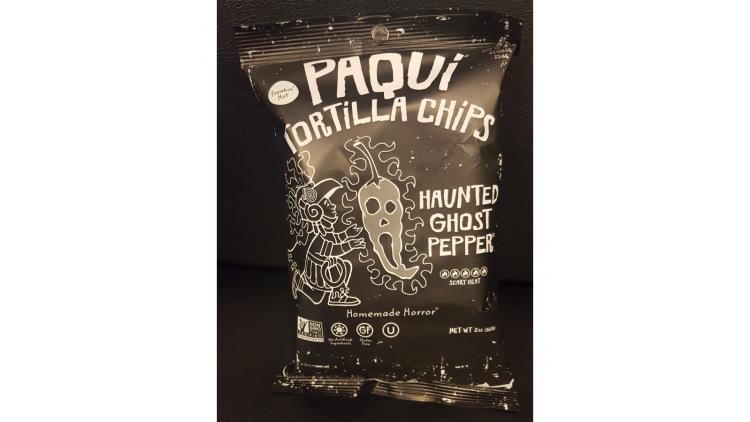 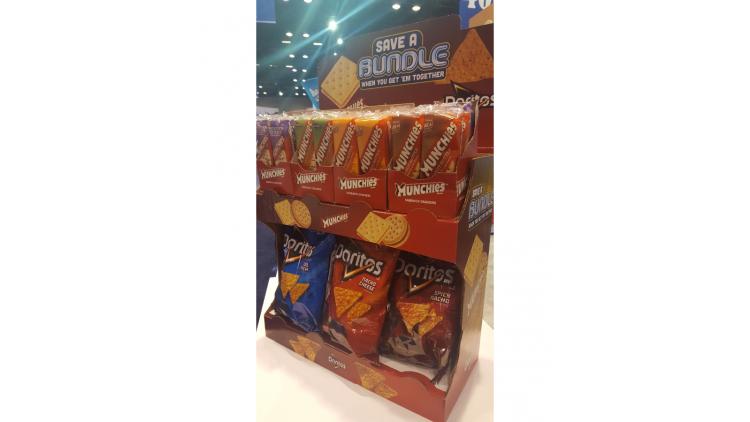 One-stop shopping
Retail-ready packaging continues to evolve, offering convenience for store stockers, brand presence for snack and sweet producers, and ease of shopping for consumers on the prowl for a treat.

One growing trend: retail packages that offer a mix of product in one display. One example: Frito-Lay offers a container that lets shoppers grab a bag of savory Doritos chips and a sleeve of sweet Munchies cracker sandwiches from a cartonboard display compact enough to stand on a counter or atop a beverage cooler.

NEXT: Nodding to natural-minded eaters 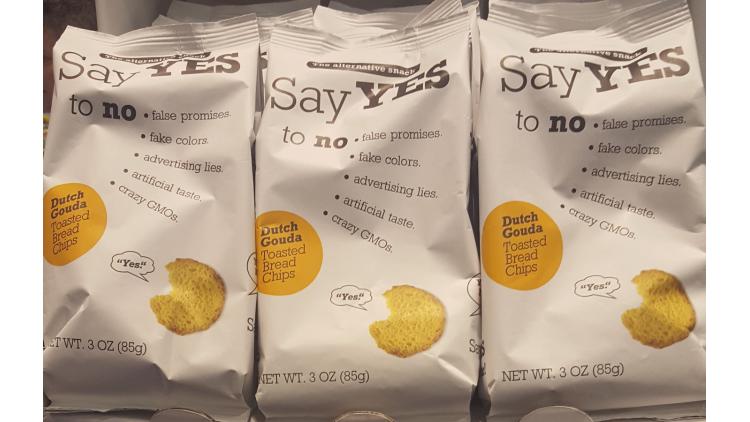 Nodding to natural-minded eaters
When prowling for snacks, many consumers have a clear idea of what they don’t want—they may wish to steer clear of GMOs (genetically modified organisms), gluten, artificial colors or flavors, or other “no-no” ingredients.

In response, sweet and snack packaging is becoming more up front about lack of such ingredients, to appeal to avoidance-minded consumers. Say Yes To No, a line of bread chips with a healthful bent, is very up front about the ingredients it shuns—the front-of-pack messaging about what’s not inside takes up more space than the product description and imagery.

NEXT: Celebration with customization 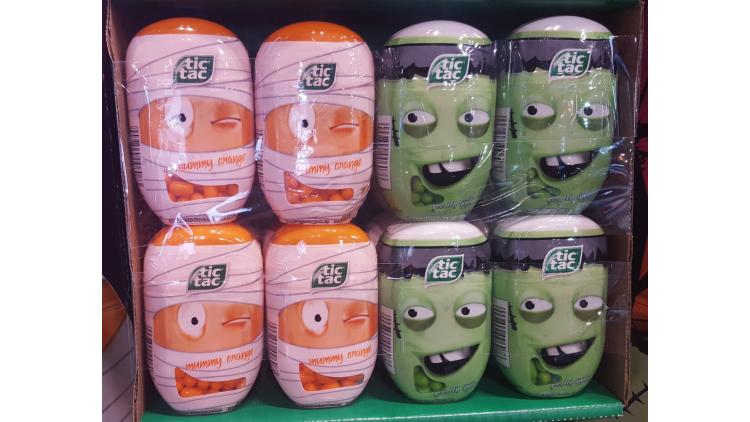 Celebration with customization
No matter what holiday’s coming up, odds are sweet and savory treats could be part of the party. Confectionary and snack producers are upping the festivity with custom-shaped packaging appealing enough to the eye to be part of a Halloween, Easter or Christmas display. 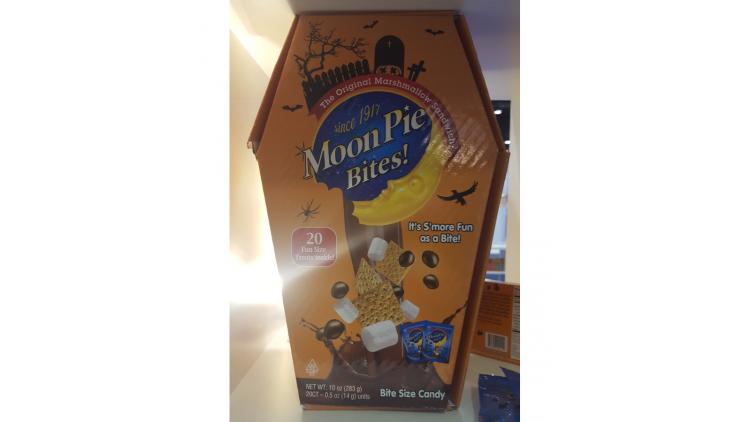 NEXT: Interactive candy for little squirts 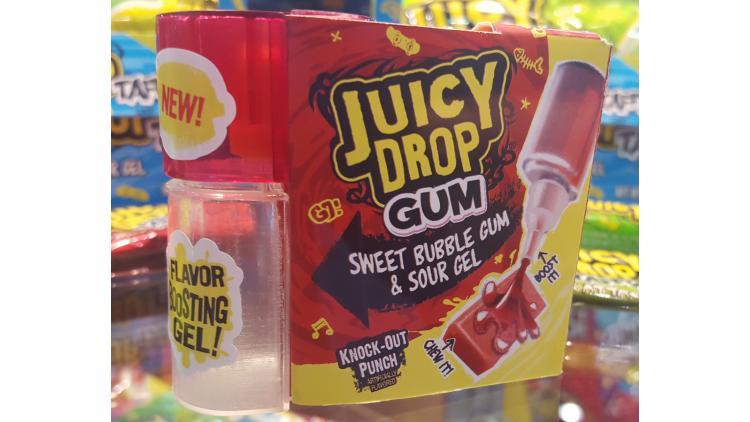 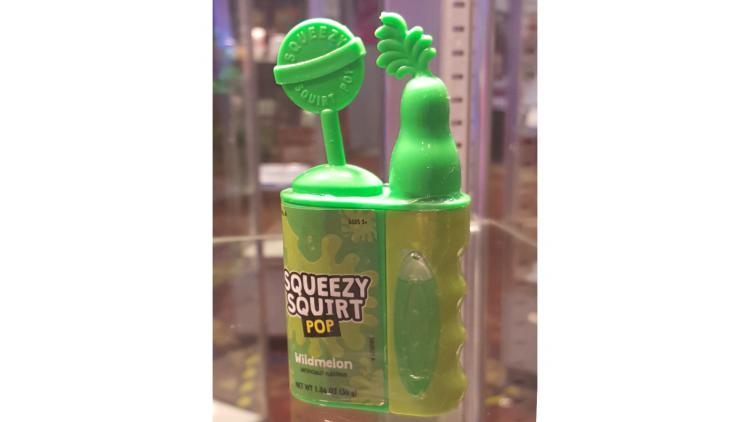 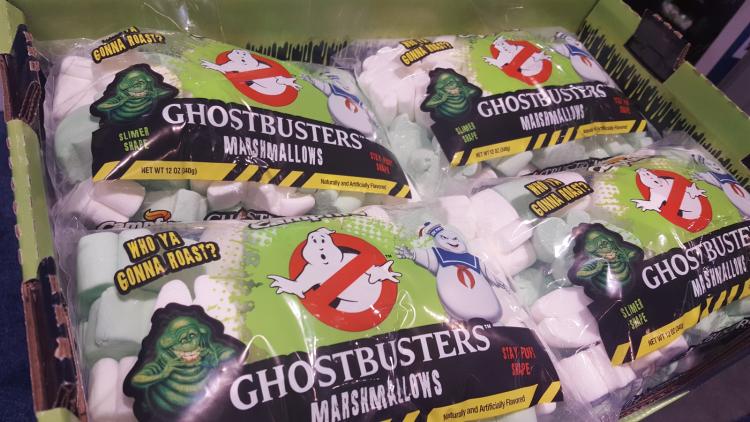 Character counts
Wondering what blockbuster movies are going to be heating up the box office and Blu-Ray players this summer? Look no further than the Sweets and Snacks aisles—action heroes, comic book stars and other characters peer back at show attendees from nearly every type of packaging.

NEXT: All around the world 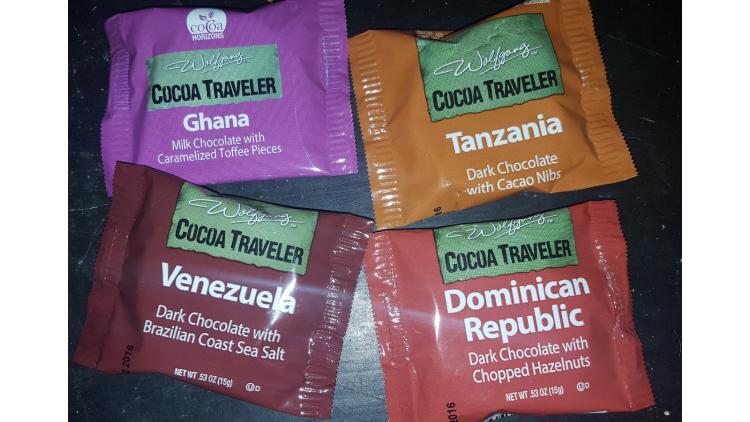 All around the world
Socially conscious consumers care about where their candy ingredients are sourced from and, often, they reach for packages that promise the treats inside do some good in the world.

Sunshine Nut Co. sells stand-up pouches filled with cashews grown in Mozambique, giving back to the farmers and communities where the nuts are grown. Wolfgang Candy Co.’s Cocoa Traveler line of chocolates made with single-source cocoa comes in packaging bearing the main ingredient’s country of origin; the manufacturer partners with the Cocoa Horizons Foundation to improve the lives of growers and their families.

Learn about the latest developments in packaging design at EastPack 2016, June 14-16, in New York City. Join us at the Packaging for Food & Beverage conference, starring experts from Coca-Cola, The Schwan Food Co. and more.