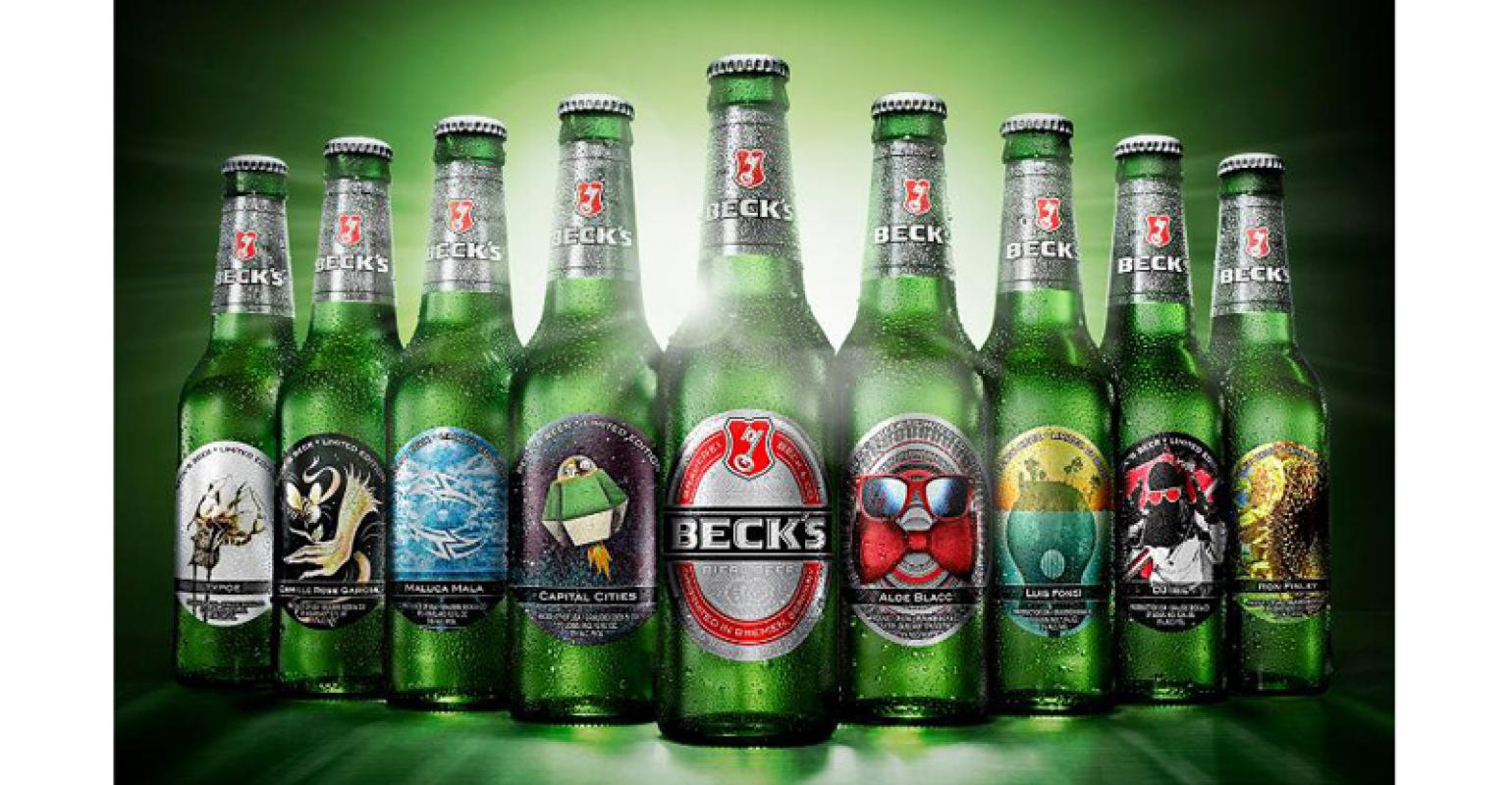 Every year Beck's Beer rolls out its summer-long promotion where the brand commissions up-and-coming and established artists to create original artwork for its beer bottle labels. Over the course of 27 years, the popular campaign has celebrated the works of Andy Warhol, Jeff Koons, Damien Hirst, Yoko Ono, MIA and Kid Cudi. This year indie group Capital Cities and singer Aloe Blacc, as well as six other artists, will take over millions of Beck's beer bottle labels nationwide starting July 1, 2014 and will run over the course of the next three months.

"Live Beyond Labels participants tend to be drawn to the idea of reaching millions of people in an entirely new way," says Ryan Garcia, vp, regional marketing. "The size of their audience and their creative focus differs from artist to artist. But they all share an independent streak, a fearlessness Beck's admires."

Garcia tells Packaging Digest that they begin with a wide search, always looking for creative people who demonstrate independence and drive. From there they dive deeper and look for artists they can work with who are succeeding because they make their own rules, follow their own lead, and trust in their own artistic expression.

"Beck’s continues to be a popular choice in the U.S. and around the world. It is an established brand with rich history. We see an opportunity to expand upon that and give beer drinks new reasons to enjoy the No. 1 German beer brand in the world. Live Beyond Labels is one of those reasons and we anticipate a successful program this year and expect a successful program this year with tremendous consumer excitement," adds Garcia.

According to the company, a key ingredient for the program's popularity is its disruptiveness because beer drinkers are not accustomed to locating original artwork on a side of a bottle.